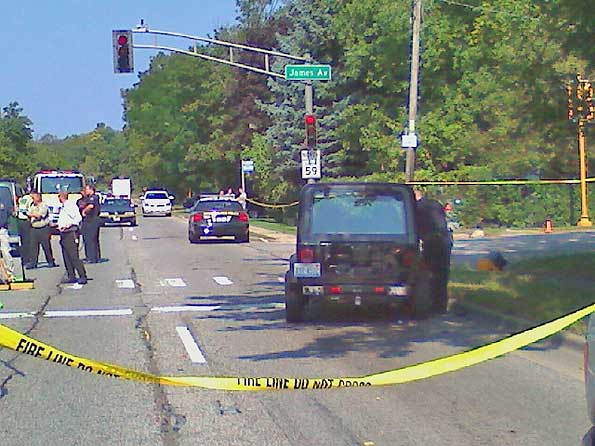 After sightings of Maday near Bartlett and St. Charles, four West Chicago police cars were in position on separate roadways that were likely to be traversed by Maday if he headed south. The Jetta was sighted near Main Street and Neltnor Boulevard (Route 59) by a West Chicago police officer who initiated a traffic stop. Immediately, the three other West Chicago police squad cars headed over for the traffic stop. Maday appeared to be complying with the traffic stop, but as police walked toward the car, he sped off. Meanwhile, Chicago Police Department/Cook County Sheriff Helicopter One was still providing air support for a search near Stratford Square Mall in Bloomingdale — about 10 miles by car and 5 miles by helicopter from the West Chicago pursuit. The helicopter had just relieved an FBI helicopter that was setting down for fuel. Helicopter One was seconds away, bearing down toward West Chicago to help with the pursuit, but Maday crashed the Jetta into a black Jeep Liberty and then a light pole, and landed in some tall bushes across the intersection of Route 59 and James Avenue.

As firefighter/paramedics from West Chicago and Winfield responded, law enforcement officers that were busy searching in Bloomingdale headed south to reach the pursuit and crash scene in West Chicago. Maday was seen face down, handcuffed behind his back.

Traffic opened up to one lane each direction on Route 59 about 1:10 p.m. Friday. 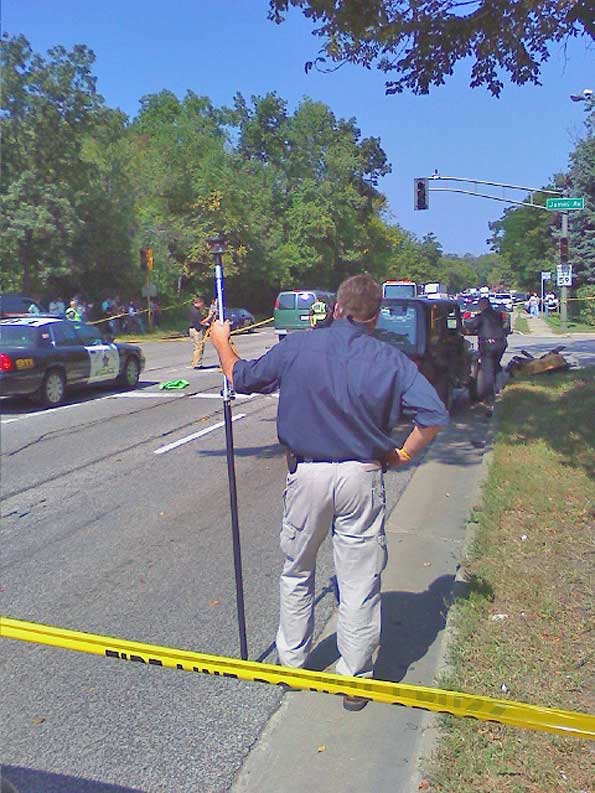