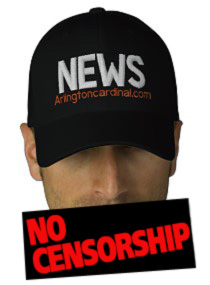 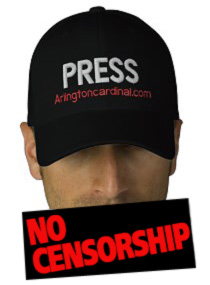 Democracy is self-government by the people, which requires an informed electorate. In order to be appropriately knowledgeable, there must be no constraints on the free flow of information and ideas — except in cases of national security, or in the middle of crises when the free flow of information may be misinterpreted or misunderstood by altered emotional states or by the haste of emergency situations.

“The only security of all is in a free press. The force of public opinion cannot be resisted when permitted freely to be expressed. The agitation it produces must be submitted to. It is necessary, to keep the waters pure.”

The Universal Declaration of Human Rights states: “Everyone has the right to freedom of opinion and expression; this right includes freedom to hold opinions without interference, and impart information and ideas through any media regardless of frontiers.”

FREEDOM OF THE PRESS
Freedom of the press consists of constitutional or statutory protections pertaining to the media and published materials.

John Hancock was the first person to write newspapers in the British colonies in North America published “by authority,” that is, under license from and as the mouthpiece of the colonial governors. The first regularly published newspaper was the Boston News-Letter of John Campbell, published weekly beginning in 1704. The early colonial publishers were either postmasters or government printers, and therefore unlikely to challenge government policies.

The first independent newspaper in the colonies was the New-England Courant, published in Boston by James Franklin beginning in 1721. A few years later, Benjamin Franklin, Jame’s younger brother, purchased the Pennsylvania Gazette of Philadelphia, which became the leading newspaper of the colonial era.

During the American Revolution, a free press was identified by Revolutionary leaders as one of the elements of liberty that they sought to preserve. The Virginia Declaration of Rights (1776) proclaimed that “the freedom of the press is one of the greatest bulwarks of liberty and can never be restrained but by despotic governments.”

“No experiment can be more interesting than that we are now trying, and which we trust will end in establishing the fact, that man may be governed by reason and truth. Our first object should therefore be, to leave open to him all avenues of the truth”.

More on Content
The Cardinal — Arlingtoncardinal.com is designed to provide breaking news with as little drama as possible. Since it is breaking news, facts may not be complete and follow up to the articles may be limited. The depth and investigation may not be what some readers desire. The depth may often depend on the rate of influx of news. Like any news day with any news company, new stories may push back other stories to the back burner or into oblivion before they ever get started. While continuity and in-depth coverage is important, The Cardinal cannot do it alone. That’s why every article has a link to favorite media, network news, cable news, newspapers, and radio websites for Chicagoland.

Please send in your tips, as well! Please check our inbox …
The Cardinal — Arlingtoncardinal.com INBOX 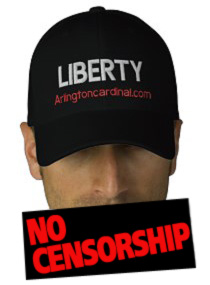