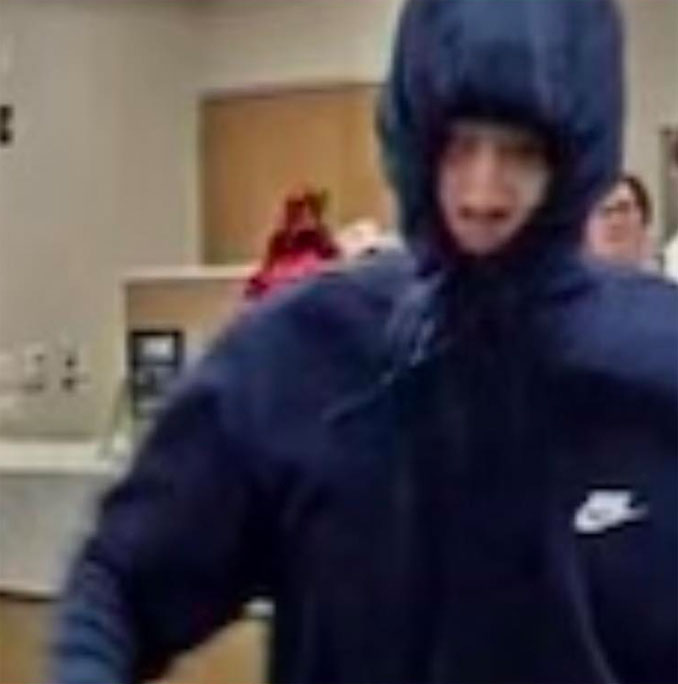 Elmhurst police responded about 4:41 Monday, November 28, 2022 to a report of a bank robbery at the Elmhurst-Wintrust Bank located at 115 W. Third Street in Elmhurst. Upon arrival, officers learned two suspects had entered the bank. One suspect presented a note demanding cash to the teller, and the other suspect acted as a look-out. The suspect with the note implied he had a weapon but did not display one. After getting an undisclosed amount of cash, the suspects left on foot, westbound toward Addison Avenue. No injuries were reported in connection with the robbery.

Evidence located by officers at the scene indicated the suspects fled to a nearby alley south of Third Street, between Addison Avenue and Larch Avenue. The area was searched by officers; however, the suspects were no longer in the area, according to the Elmhurst Police Department. The suspects may have left the scene of the alley in an unknown vehicle.

The suspects were described as follows …