Police and firefighter/paramedics from Rolling Meadows responded about 10:18 PM Saturday, September 21, 2019 to a report of a pedestrian hit by a vehicle on Algonquin Road near Carriage Way.

At least one person was pinned under a vehicle. The vehicle was facing eastbound and appeared there might be a second vehicle involved as well.

Family may have arrived at the scene. An adult female was evaluated by paramedic at the scene after she arrived.

Algonquin Road is closed in both directions from carriage Way to Weber Drive. Westbound through traffic is blocked at New Wilke Road.

An accident investigation team is assigned to the scene, and Algonquin Road will likely be close most of the night. 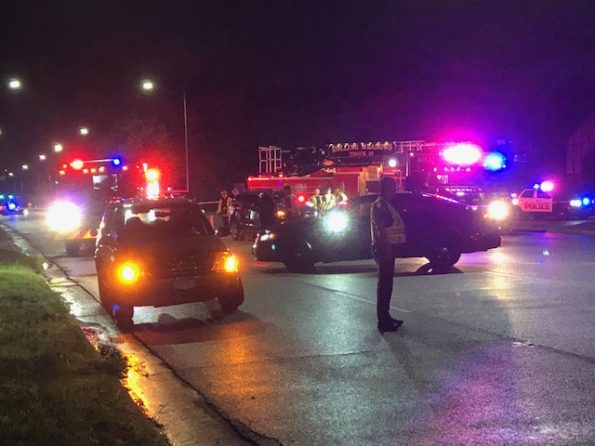