Lake Zurich police and firefighter/paramedics responded about 10:30 a.m. Friday December 28, 2018 to a report of a bomb threat at the Walmart Supercenter, 820 South Rand Road in Lake Zurich. The store was evacuated Friday because of the bomb threat, and was re-opened shortly after 1:00 p.m. Friday after no explosives were found.

Police used bomb-sniffing dogs and manually searched the store. Lake Zurich Police Chief Steve Husak released the information that verified the building was checked, and no explosives were found.

Police investigated the geo-location plotted from a cellphone where the phone threat originated, and an investigation connected the threatening call to a 9 year-old boy that lives in Inverness.

Due to the age of the offender, criminal charges were not filed in this case, according to Lake Zurich Police Department. Police encouraged parents to use this opportunity to talk to their children about the serious consequences threatening pranks. 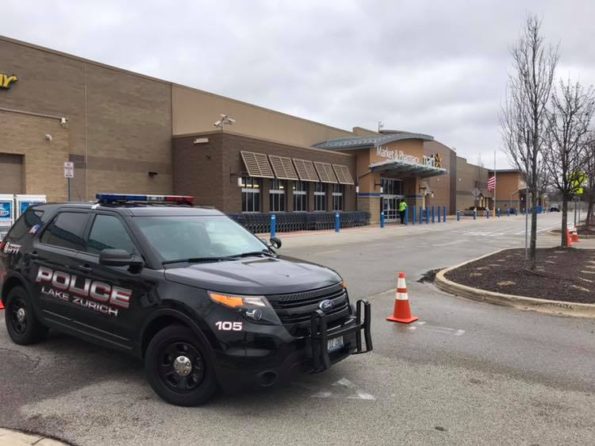