Feroz Q. Khan, age 25 of Streamwood was charged in a fatal crash that pushed an apparently innocent motorist’s minivan into a parkway tree, which caused of intrusion of the tree into the middle of the driver and passenger compartment of the vehicle. The 41 year-old driver, Amando Chavez of Schaumburg, was entrapped in his vehicle for about 30 minutes while firefighter/paramedics worked with extra crews to free him from a difficult entrapment. Amando Chavez was pronounced dead at Alexian Brothers Medical Center at 10:15 p.m.

The Schaumburg Police Department Special Operations and Investigation Divisions are continuing to investigate the traffic accident involving a fatality which occurred on August 15, 2018 in front of 524 East Schaumburg Road.

The driver of the 2009 Mercedes, Feroz Q. Khan, was taken into custody shortly after the crash. Following a thorough investigation the Assistant State’s Attorney approved charges for Aggravated DUI Drugs/causing death and Driving under the influence of drugs. The investigation indicates that both speed and intoxicating substances were contributing factors causing the crash.

After the crash, young male adults on the scene, who said they were friends of the driver of the white Mercedes, tried to explain to police that Khan had trouble with a non-key push button starter on the 2009 white Mercedes sedan, and that was the cause of the crash.

Khan was scheduled to appear for a bond hearing at the 3rd District Cook County Court in Rolling Meadows at 1:30 p.m. today, August 17, 2018. 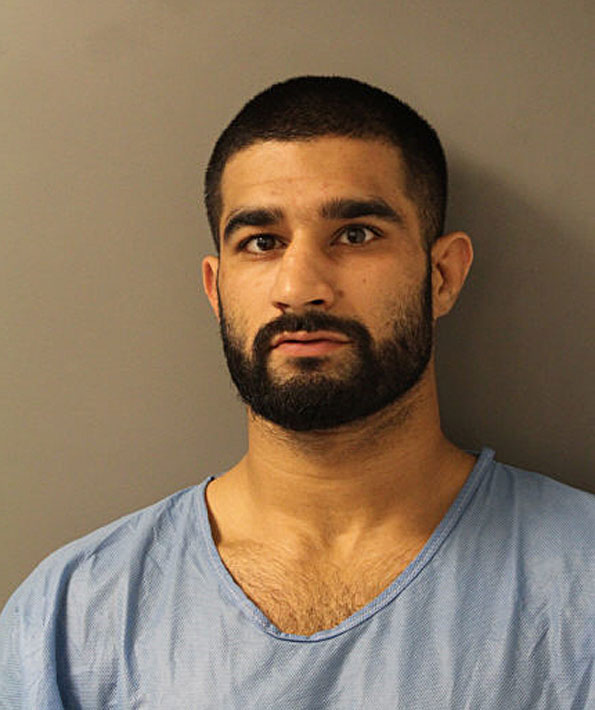