UPDATE: In daylight it appeared that a southbound BMW sedan left the roadway on the west side of Roselle Road, clipped a tall metal light pole, knocked down a small tree, possibly damaged a few cars in the condo parking lot and then hit an apparently parked Jeep.

An extended accident investigation was underway after dawn Saturday.

Schaumburg police closed off about a 50 to 100 foot radius around the crash scene. All southbound traffic on Roselle Road is being diverted to eastbound Commerce Drive across from Kristin Drive. Initially there was no access to westbound Kristin Drive.

LIVE TRAFFIC MAP of neighborhood to a report of a crash with entrapment at near Roselle Road and Kristin Drive Schaumburg, IL … 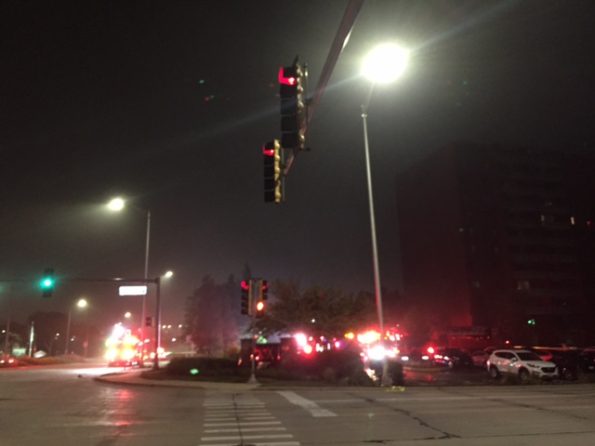