The parents of the Boston suspects have denied that their sons planted the bombs, believing they were framed.

Zubeidat Tsarnaeva (mother of Tamerlan Tsarnaeva and Dzhokhar Tsarnaeva): “I thought America is going to like protect us, or kids … it’s gonna be safe … like for any reason, but it happened opposite. My kid just … America took my kids away from me.”

The mother of the Boston bombing suspects says she doesn’t believe her sons carried out the marathon attacks.

Dad, Anzor Tsarnaev, wants to pick up his daughter-inlaw, widow Katherine Russell, and grandson and return them to Russia.

The mother of the two Boston bombing suspects said on Thursday that her children were innocent and that she regrets moving her family to the U.S.

Tamerlan and Dzhokhar Tsarnaev’s mother: my sons are not the Boston Marathon bombers. 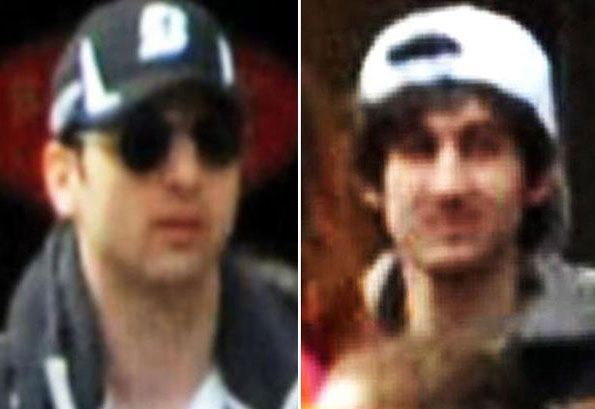 Zubeidat Tsarnaeva, the mother of Tamerlan and Dzhokhar Tsarnaev, the two suspects in the Boston Marathon bomb attack of April 15, 2013, says she is sure her children were not involved. Tamerlan Tsarnaeva, 26, died following a shootout with Boston police and Dzhokhar, 19, is in hospital after being discovered hiding in a boat in Watertown, Massachusetts.

Zubeidat Tsarnaeva, mother of the suspects in the Boston Marathon bombings, says her sons were setup and claims her eldest was followed by the FBI. Report by Rob Gillett.

Beth Roche wakes up knowing she can’t feel sorry for herself, that she has to focus on rehabbing her left leg, which was ravaged in the Boston Marathon bombing.