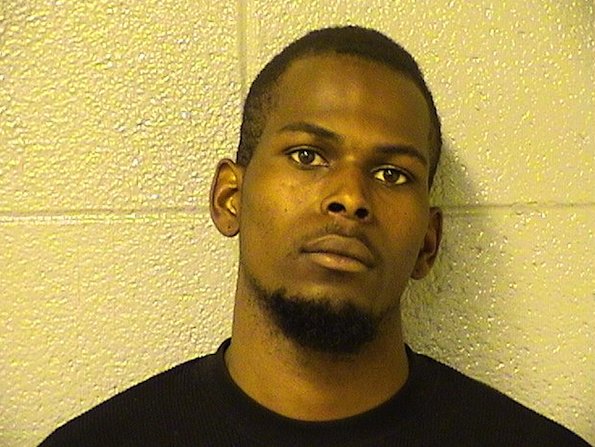 Quick action of Schaumburg Police Department’s midnight shift officers resulted in the arrest of Jamal Cook (male/black, 21, of 658 S. Liberty St., Elgin), who fired a gun in the parking lot of a Schaumburg night club. The Cook County State’s Attorney’s Office reviewed the case and approved three charges including felony Reckless Discharge of a Firearm, felony Aggravated Unlawful Use of Weapon, and no FOID card.

At 2:19am on Saturday April 20th, Schaumburg Police responded to a large fight in the parking lot of The Snuggery at 1540 N. Roselle Road. Schaumburg firefighter/paramedics also responded to the scene of 10-15 people fighting with one person injured down on the ground. Officers learned that one subject reportedly removed a handgun from a car and fired two shots. Police reported that two people were injured battery victims, but that there were no gunshot victims.

Since the suspect had fled, officers quickly broadcast the suspect and vehicle description. An alert Schaumburg officer observed the suspect’s vehicle nearby on Golf Road near Roselle Road and initiated a high risk traffic stop. Cook was safely taken into custody and the gun was recovered. Chief of Police Ken Bouche stated, “This case is yet another example of the great work being done quietly and professionally everyday by the officers of the Schaumburg Police Department”.

Cook was presented to the Cook County Sheriff’s Dept. for a bond hearing at the Rolling Meadows 3rd District Court. A court date is not yet specified. Bail was set at $150,000. Members of the public are reminded that this arrest and complaint contains only charges and is not proof of the defendant’s guilt. A defendant is presumed innocent and is entitled to a fair trial in which it is the government’s burden to prove his or her guilt beyond a reasonable doubt.