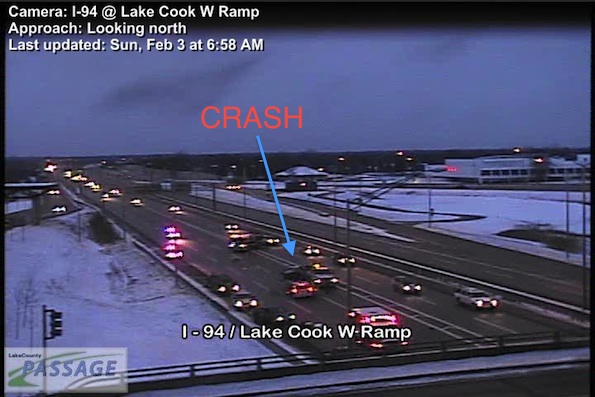 Northbrook firefighter/paramedics and Illinois State police responded about 6:47 a.m. Sunday to a report of a crash involving a taxi and a tow truck at the 52 and 3/4 mile marker on the southbound Tri-State. The crash was located at the split in the inside lane of the southbound split to I-294, just north of Lake Cook Road. Bystanders told firefighters one person was ejected or thrown from a vehicle. Firefighters discovered one person on the ground. The crash possibly involved a tow truck, a taxi cab, and one other vehicle.

Minutes after arrival firefighters reported they had and extrication operation underway and requested a second ambulance and another fire engine for additional personnel for the extrication operation. Five ambulances were eventually called to the scene with two staging off of the Tollway for a part of the rescue operation.

One person was pronounced dead at the scene. Three crash victims were transported to Level I Trauma Center Advocate Lutheran General Hospital. A fourth victim was transported to Highland Park Hospital. The four people transported had non-life-threatening injuries. 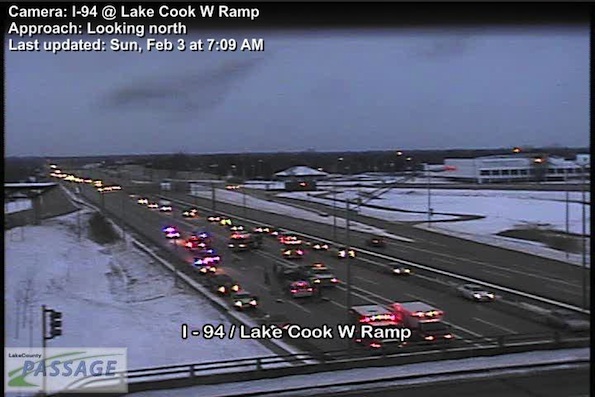 Crash scene visible from traffic camera looking north on the southbound lanes of I-294 and I-94 (Lake County PASSAGE image). 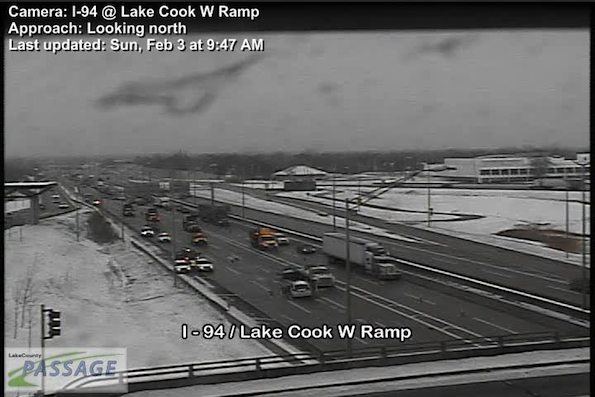 Crash scene visible from traffic camera looking north on the southbound lanes of I-294 and I-94 showing IDOT Minutemen trucks blocking southbound lanes in the background while state police investigate the crash scene in the inside lanes of the split to southbound I-294 (Lake County PASSAGE image).