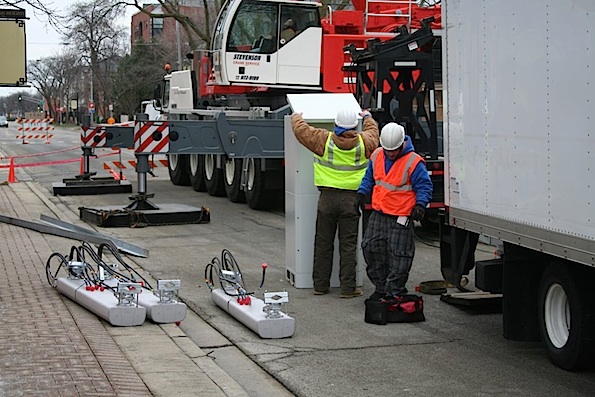 Sprint 4G antennas and a radio cabinet are prepared on Sigwalt Street for a lift to the roof of Dunton Tower Thursday morning (Over 25 more photos …).

Sprint began work on installation of new 4G antennas at Dunton Tower Apartments, 55 South Vail Avenue. The antennas are installed and then tuned for the area. They might cover an area of about three to four miles.

The antennas and radios atop the high-rise are GSM-850 and GSM-1900 are used in Argentina, Brazil, Canada, the United States and many other countries in the Americas. They operate in the 850 MHz and 1900 MHz radio frequencies, respectively.

“GSM” is a trademark owned by the GSM Association. 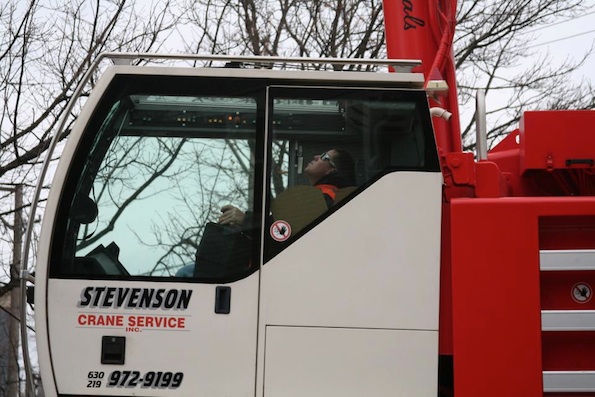 Crane operator concentrates overhead during lift of Sprint 4G equipment to the roof of Dunton Tower (Over 25 more photos …).