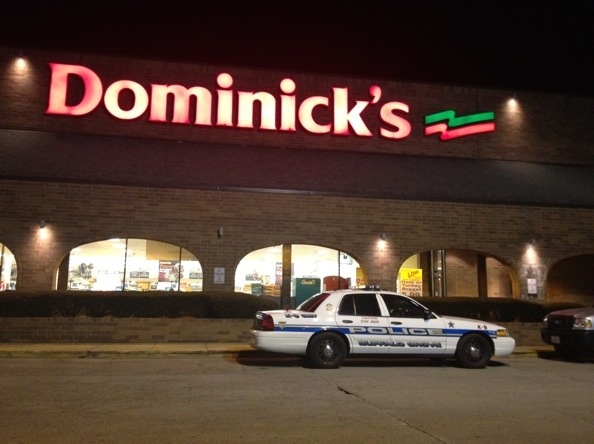 Buffalo Grove police responded about 7:28 PM Thursday to a bank robbery at the Dominick’s Chase Bank, 1160 West Lake Cook Road. Police received a report that an offender implied that he had a weapon and ordered the teller to give him all the money. The offender was described as a male/white in his 30’s, heavyset or “plump” and about 5’8″ wearing a black knit hat with a a big Pom Pom and a black-and-white windbreaker type jacket. He fled the bank area with a blue Chase bank bag with cash. 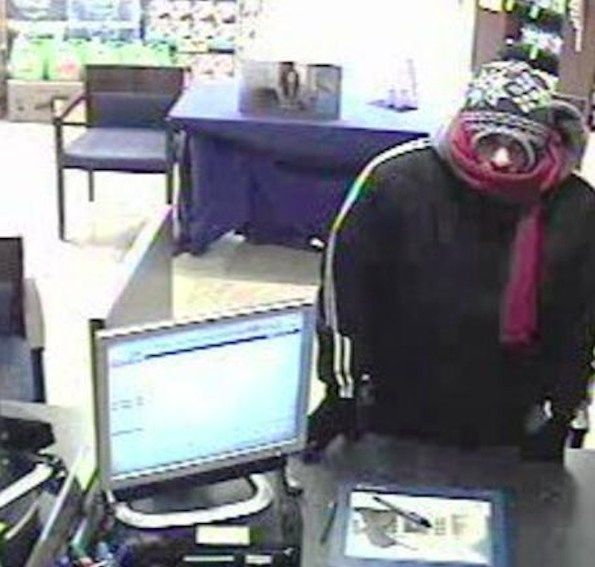