Elk Grove Village police and firefighter/paramedics responded about 10:00 AM Friday to a report of an industrial fire with flames coming from the roof at 1800 West Touhy Avenue. Firefighter/paramedics reported seeing a smoke header while en route to the fire. Heavy, black smoke poured out of the front overhead door as firefighters arrived. Firefighters reported the building was evacuated and initially reported that a furnace involved in manufacturing was on fire. The fire extended to the roof and parts of the building structure, but was quickly extinguished. Much of the smoke was from burning oil that is part of the company’s manufacturing process.

Chem Plate Industries is a private company that provides heat treating and metal finishing services, especially for the automotive industry.

Elk Grove Village Fire Chief Richard Mikel credited the business with textbook evacuation and response to their emergency. He also recognized good procedures and use of onsite fire suppression systems. Employees were also proactive in pointing out any possible hazards at the building.

As employees were evacuated, one job applicant showed up for his interview. He wondered if he should tell a company representative if there was any chance of an interview, or if he should still let them know that he did show up for the interview.

Engine 7 crews advised Northwest Central Dispatch that they had a school tour standing in front of their station as they responded to the fire. They wanted to make sure they weren’t waiting out in the cold, wet weather — because they knew they weren’t returning anytime soon.

An employee of Chem Plate Industries was grateful to Tasty Catering, 1900 Touhy Ave, who provided evacuated employees with shelter and food immediately after the fire. 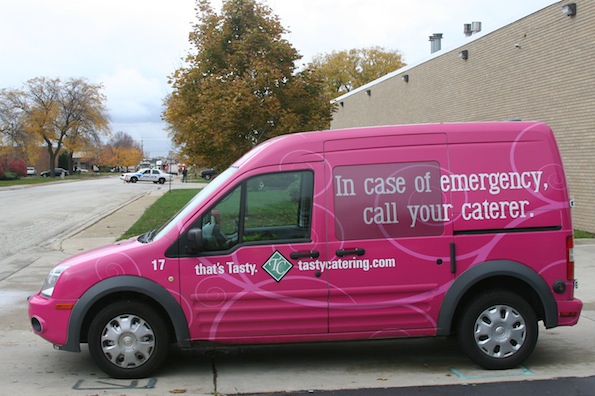 Tasty Catering, just east of the fire scene, helped out with employees that were evacuated from the fire.