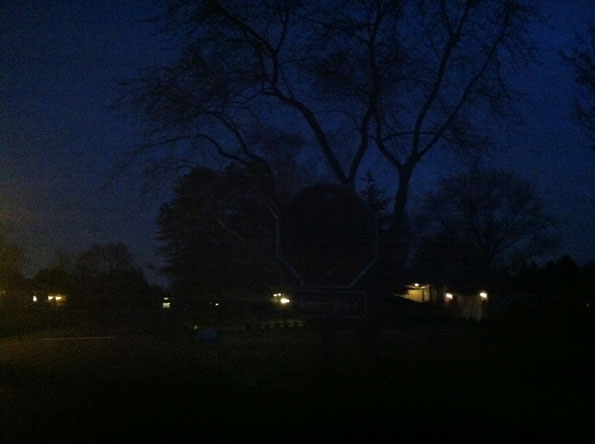 Several signs and reflective stop bars on the asphalt were marked with offensive words and anti-gay slurs.