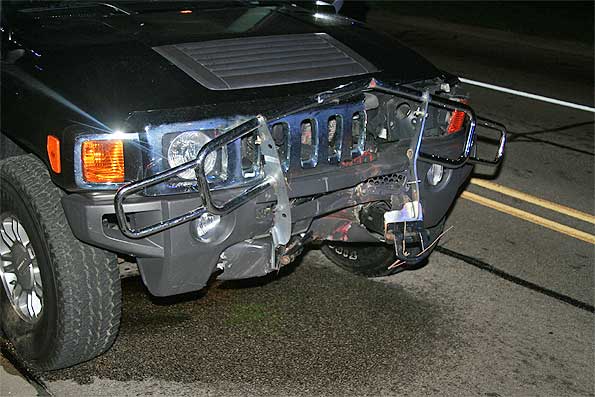 Hummer H3 with front-end damage after crash with a fire hydrant on Arlington Heights Road. 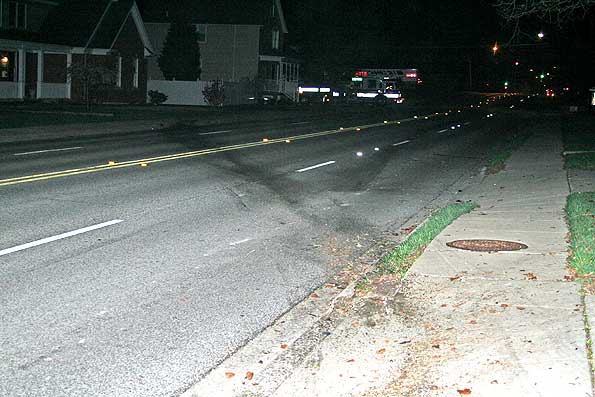 Police setup a K-9 track and followed a track into the south and east side of the Scarsdale neighborhood until the track went cold. The driver was not found.

About 5:51 a.m. Thursday police got a report from the wife of the driver of the Hummer, who reported that they were taking their son to the emergency room at Northwest Community Hospital and didn’t have time to stop at that time. No word on whether she said they were traveling in two vehicles or if the wife came and picked up the husband and the son. Arlington Heights police are investigating that report.