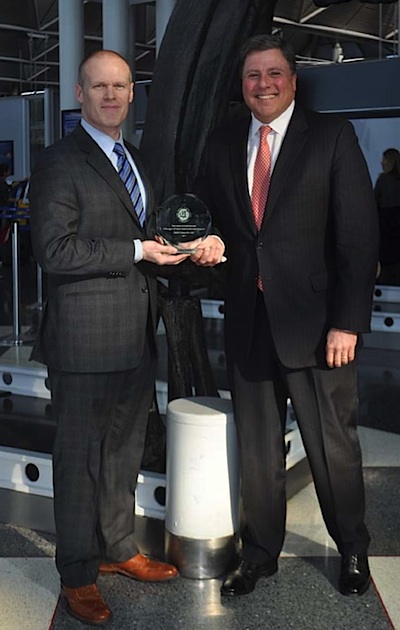 “On behalf of Mayor Rahm Emanuel, we are delighted to again have O’Hare International Airport recognized by Global Traveler’s readers as the best among the best,” said CDA Commissioner Rosemarie S. Andolino. “O’Hare is one of the busiest airports in the world and we are constantly working to improve the traveler experience by enhancing air service, world-class dining and shopping and other passenger amenities expected and demanded by business and leisure travelers. And we will continue to invest in the areas of technology, efficiency, sustainability, safety and other amenities.”
Global Traveler readers were polled on 66 categories related to airlines, hotels, airports, loyalty programs and travel-related products, and the results determined the winners in each category. The full survey results can be found here or going to Global Traveler’s web site. More than 36,000 responses were received to the annual survey. Global Traveler readers are frequent premium travelers averaging 16 international and 16 domestic round-trip flights a year, with an average annual household income of $340,000. Global Traveler’s readers spend an average 80 nights per year away on foreign travel and 40 on domestic travel, and 78 percent regularly travel in first or business class.