Storms detected on radar near Rockford approaching as fast as 38 miles per hour in a direction from northwest to southeast. Expected arrival in northwest suburbs by 7:10 p.m. Tuesday. 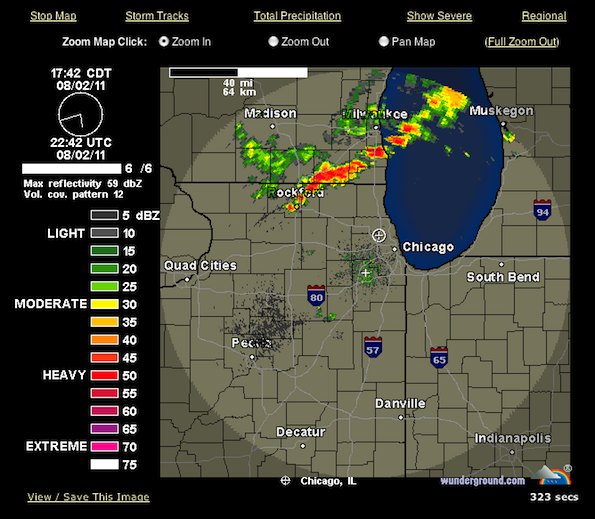