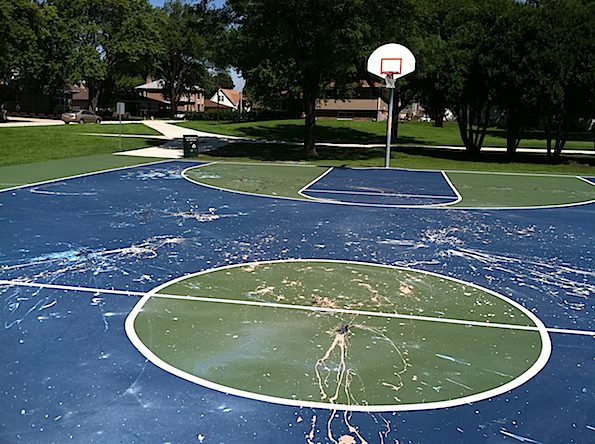 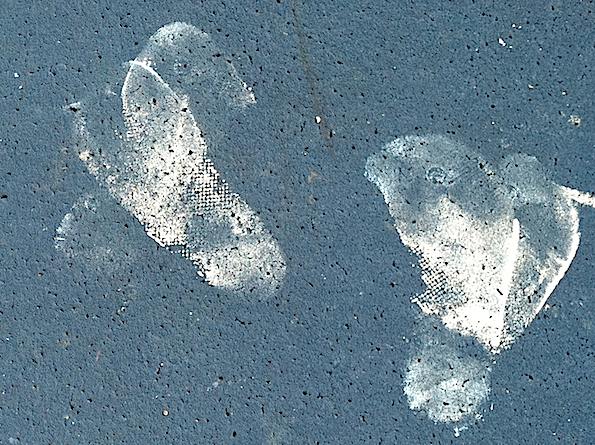 Offender possibly wearing flip-flops, which would have egg shell white paint on the bottom of the footwear. 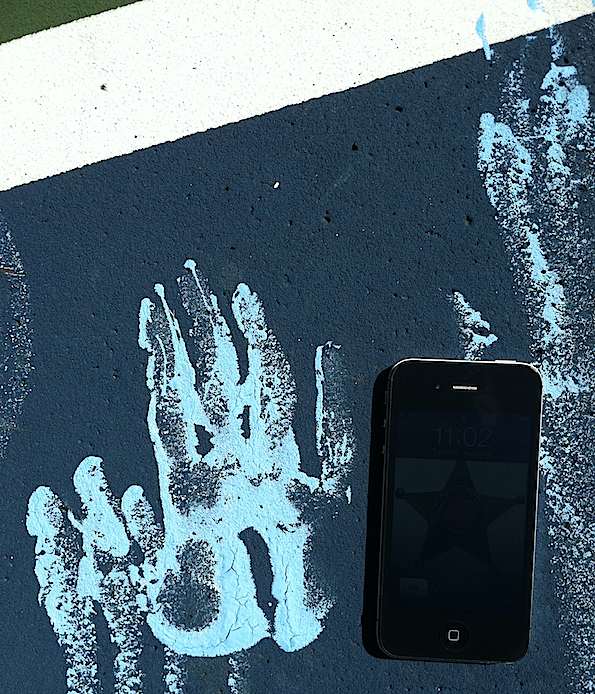 Small handprint left at the scene by offender. Thumb length equals the length of an Apple iPhone for a glove size of large to extra large.