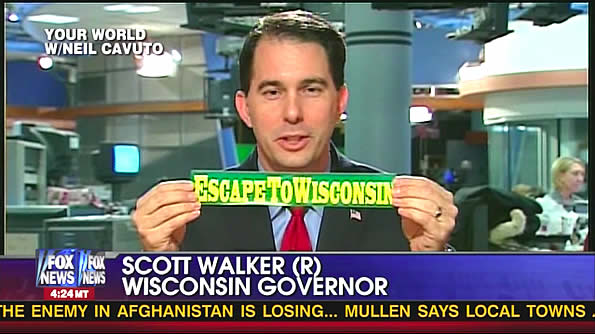 Just over two months ago Wisconsin Governor Scott Walker encouraged Illinois businesses to escape from Illinois after lawmakers — earlier that day in an overnight session in Springfield — approved a 67 percent income tax increase and a 46 percent increase in corporate taxes.

Governor Walker said the tax news from Illinois, will make Wisconsin an enticing place to do business. He specifically targeted companies in Illinois on “Your World w/ Neil Cavuto” on Fox News, which was Governor Walker’s first television interview since his inauguration, the Republican governor jubilantly pulled out an old Wisconsin advertising campaign bumper sticker that targeted Illinois with an “Escape to Wisconsin” slogan. Walker says he is renewing that old call to vacationers for Illinois businesses. 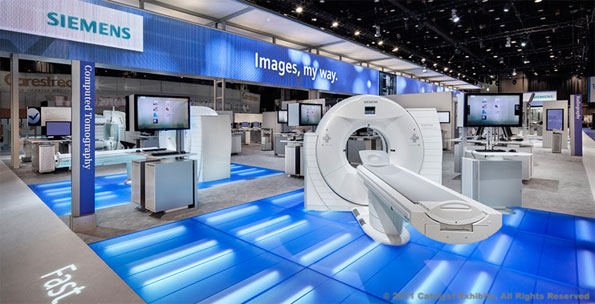 The company builds products ranging from exhibit stands and retail displays to large spectacular displays with two floors the size of large luxury homes that are built inside trade show halls and expos — in locations such as McCormick Place. 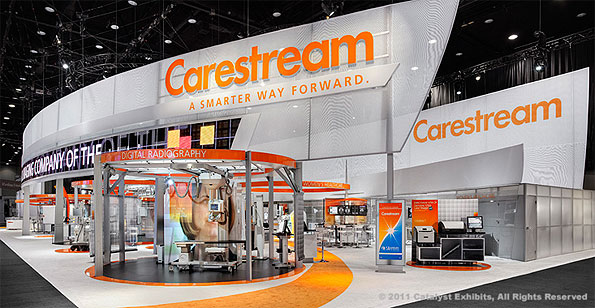 The governor says the company’s decision shows his efforts to make Wisconsin a more business-friendly place are paying off.