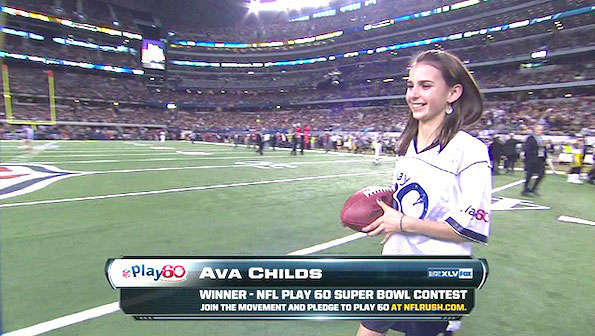 Ava got the news with a surprise visit to her fifth grade class by Chicago Bears kicker Robbie Gould. To participate in the Play 60 Super Kid contest, Ava had to pledge to be active for 60 minutes a day and answer questions about the importance of health and fitness. She wrote an essay about how Robbie Gould inspired her to have an active lifestyle and follow her dreams to be the first female kicker in the NFL.