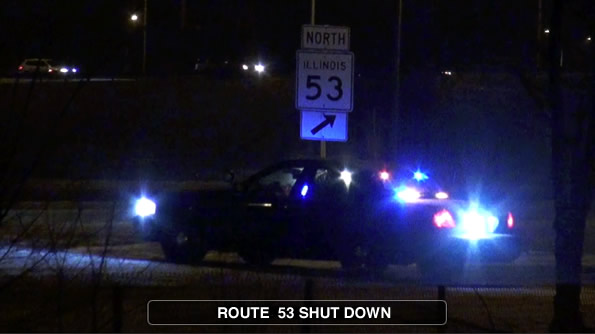 A mixture of freezing rain and snow caused extremely slick conditions on Route 53, main arteries and side streets.

Multiple crashes between 7:30 and 8:30 p.m. Monday on Route 53 and Palatine Road. Crashes continued mostly on arteries and side streets after 8:30 p.m.

Palatine firefighter/paramedics first responded to a crash on Route 53 southbound entrance ramp from Dundee Road. The crash involved the rollover of a pickup truck.

Schaumburg Fire Department firefighter/paramedics and Rolling Meadows firefighter/paramedics responded between 7:45 p.m. and 8:00 p.m. to Route 53, just north of Interstate 90. Abhijit Anturkar, 35, of the 300 block of West Meadow Mist Lane in Round Lake was killed in an accident on Route 53 near I-90 about 7:45 p.m. Monday. Anturkar was standing outside his vehicle near the center median of northbound Route 53 inspecting damage to his vehicle after sliding off the expressway, when his car was hit from behind by another vehicle that was in a spinout. His own car struck him and flipped him over into the southbound lanes, where a vehicle traveling southbound hit him. Abhijit Anturkar died from his injuries sustained on Route 53, according to the Cook County Medical Examiner.

Video from Route 53 as it was closed after freezing rain and snow cause multiple crashes and spinouts. Firefighter skating in fire boots at 7:34 elapsed time and following.

At northbound 53 north of Rand Road, a Cadillac SUV rolled over.

At Arlington Heights Road and Northwest Point Boulevard — a crash with no injuries.

Elk Grove Village Fire Department responded to northbound 53 at Biesterfield — a crash with two cars in the center lane.

Elk Grove Village Fire Department responded to northbound 53 at Biesterfield — a spinout into the ditch.

Elk Grove Village Fire Department responded to one car into the wall on northbound Route 53 just south of Thorndale — no injuries.

Elk Grove Village Fire Department responded to two one-car crashes involving the center median barrier — one in the southbound lanes and one in the northbound lanes.

Mount Prospect responded to a car that hit a pole at Elmhurst and Pine — no injuries. 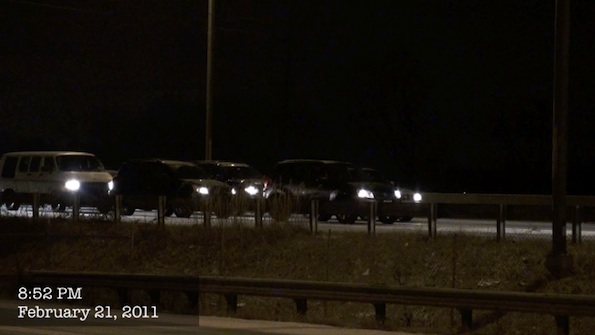 Front of the line when northbound Route 53 was shut down.

Ten cars spun off to the side on Route 53. Several cars hit the center barrier.

Car versus a light pole southbound onramp to Route 53 from Dundee Road — second crash on the onramp.

Car versus light pole on the southbound onramp to Route 53 from Palatine Road — lightpole blocking the ramp, and firefighters moved it.

Car versus lightpole on the southbound onramp to Route 53 from Lake Cook Road — light pole blocking roadway, and firefighters moved it.

Westbound Thorndale at Route 53 — a crash.

Southbound 53 near Rand Road — a Ford Explorer hit the wall with airbag deployment.

Eventually Route 53 was closed in both directions from Lake Cook Road to Interstate 90 after emergency personnel were witnessing crashes happening around them while they were managing other crashes.

The Illinois State Police activated its emergency weather plan (known by some as the accident plan) and responded only to crashes involving a personal injury, crash-disabled vehicle, or a disabled vehicle with lane blockage. Drivers who crashed were advised to exchange information with each other and report the crash to police Tuesday.

A Ford Focus and a Lexus crashed near the Mobil station at 1880 South Arlington Heights Road.

Mazda and Honda crashed on the 200 block of North McHenry Rd. — no injuries.

Dodge Ram and Scion crashed at Algonquin Rd and Tonne — no injuries.