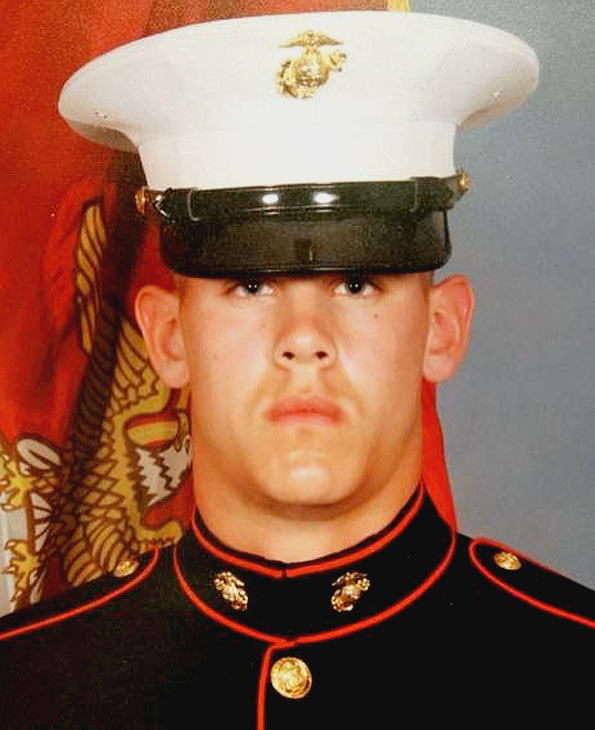 Lance Corporal James Bray Stack, 20, was reported killed during combat operations in Helmand province, Afghanistan after only one month of his first tour of duty overseas. Lance Cpl. Stack was a rifleman in India Company Third Battalion of the Fifth Marines in the First Division. Helmand is the world’s largest opium-producing region, responsible for 42% of the world’s total production.

The 3rd Battalion 5th Marines (3/5) is an infantry battalion in the United States Marine Corps. The battalion, nicknamed “Dark Horse”, is based out of Marine Corps Base Camp Pendleton, California and consists of approximately 1000 Marines and Sailors. They fall under the command of the 5th Marine Regiment and the 1st Marine Division.

The Department of Defense announced today the death of a Marine who was supporting Operation Enduring Freedom.

Lance Corporal Stack was a national champion air pistol shooter in the 2008 Junior Olympics and a member of the Arlington International Airgun Club, based at Christian Liberty Academy. One of the firing ranges is located in the upper deck of Grace Gymnasium.

James Stack also played soccer with Christian Liberty and was named Most Valuable Player on the school’s track team. He was homeschooled with the Christian Liberty Academy curriculum while residing in Arlington Heights.