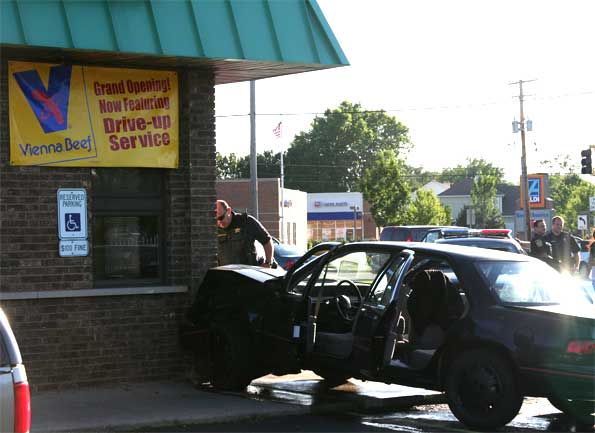 A Chevy, after impact with the wall on the opposite side of the Drive-up Service at Nikko’s restaurant. 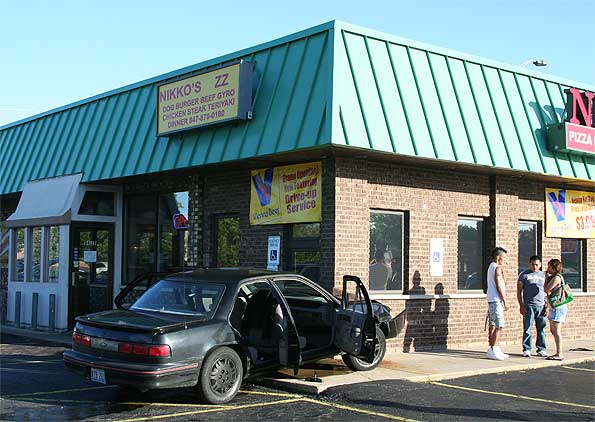 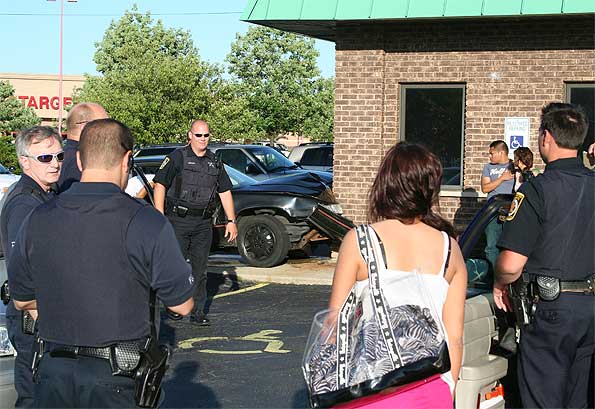 Interviews at the crash scene at Nikko’s restaurant at Thomas Avenue and Rand Road.

A witness said the driver was chased by another man with a gun when he lost control of the car and crashed into the northwest corner of the all-brick building. The male Hispanic driver of the wrecked car was taken to Prospect Heights Police Department for questioning and to sort out the details of the threat. 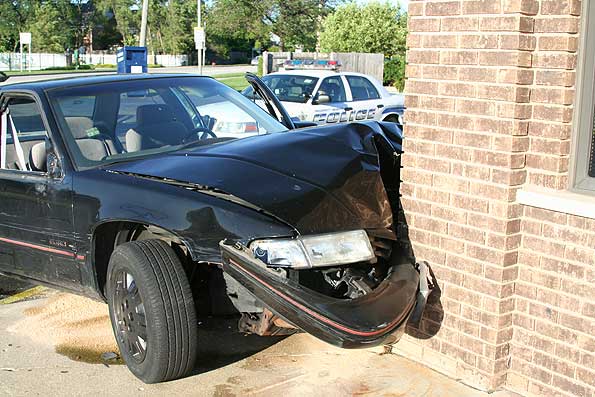 Chevy totalled with oil dripping from the engine. 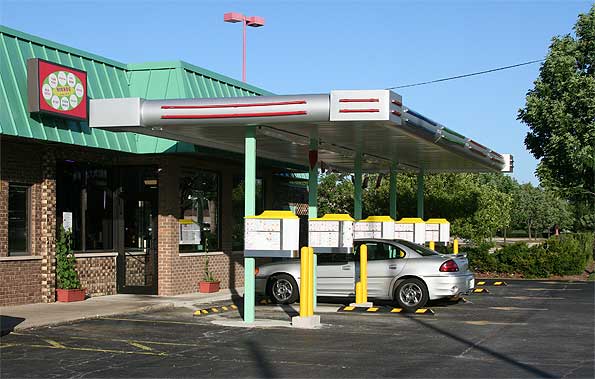 All is well on the approved Drive-up side of Nikko’s restaurant. Gyros, Bulkogi Plates, Pizza, Burgers, Vienna Hot Dogs and more … uninterrupted.