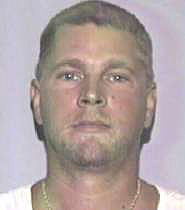 Police were searching for “suicidal” gunman Bryan Randolph Langford described as wearing camouflage fatigues and driving a white pickup truck … earlier police believed he is in his own house, which was surrounded by a SWAT team. Now a large area on the east side of Orange City is surrounded by the police.

Langford apparently made suicidal comments at a Lake Helen farmer’s market Wednesday morning. Langford’s ex-wife contacted police about the suicidal comment. Orange City police officer Officer Sherif El-Shami, 25, responded to the home of the suspect near East University Avenue between U.S. Highway 17-92 and Interstate 4 at about 11 a.m. and was shot.

The Orange City police officer, who was possibly shot multiple times, was taken to Florida Hospital Fish Memorial with non-life-threatening injuries, and possible injuries to his eyes. He was later transferred to the trauma unit at Halifax Health Medical Center in Daytona Beach.

The Orange City police officer did not return fire.

Several hours after the shooting of police officer Sherif El-Shami, a man’s body was found inside Dixie’s Pub with a fatal gunshot wound to the head. Dixie’s Pub is co-owned by Langford and Cindy Henderson. Police are searching for Langford, Cindy Henderson and her son, Louis Adams, 26, who is a bartender at the pub.

Nearby Orange City Elementary School is in lockdown because of the incident.
Volusia County Florida … developing …