Two boys were rescued Wednesday afternoon about 3:30 p.m. after falling through thin ice at a pond at The Clayson apartment complex in Palatine (Dana Rebik/WGN News). YouTube Tips ⓘ

Police, firefighters and paramedics from Palatine responded about 3:30 p.m. Wednesday, November 23, 2022 to a report that four boys fell into a pond in the block of 800 Panorama Drive in Palatine. Callers reported four victims fell into the pond and that two victims did not re-surface. Northwest Central Dispatch automatically activated a Drowning Level 2 response, which brought divers and resources from nearby fire agencies, including Arlington Heights, Buffalo Grove, Hoffman Estates, Inverness, and Streamwood. Initially, a total of 13 divers were assigned to the scene, and then a total of 18 divers were assigned.

Two victims were able to get out of the water on their own or with the help of neighbors, who came to the rescue before police, firefighters, and paramedics arrived. Some of those citizen rescuers were also at risk, as they felt themselves unable to move because of exposure to the cold water or because they also fell through the ice, according to an interview with WGN News.

Ambulance 82’s paramedic crew was en route to Northwest Community with the first victim that was submerged by 3:47 p.m. By 3:50 p.m., the next victim was removed from the water as he was held by a firefighter/diver who was rapidly pulled to shore with a rope. According to witnesses at the scene, they saw paramedics administer CPR to the second victim. Initially it was uncertain whether CPR was required for the first victim.

All victims were out of the water by 3:50 p.m., and assigned divers that weren’t already on the scene were returned.

Initially, it was uncertain whether citizen rescuers helped get the first submerged victim out of the water. There was a thin layer of opaque or almost clear ice over much of the the water surface of the pond. There was a large hole in the ice where the boys fell through. The boys ages were believed to range from age 3 to age 7, according to a neighbor’s statement to WGN News.

Police were on the scene investigating the area Wednesday night. The Clayson apartments are located on the west side of Quentin Road between Northwest Highway and Dundee Road on the far northwest side of Palatine near Lake Zurich and Inverness. 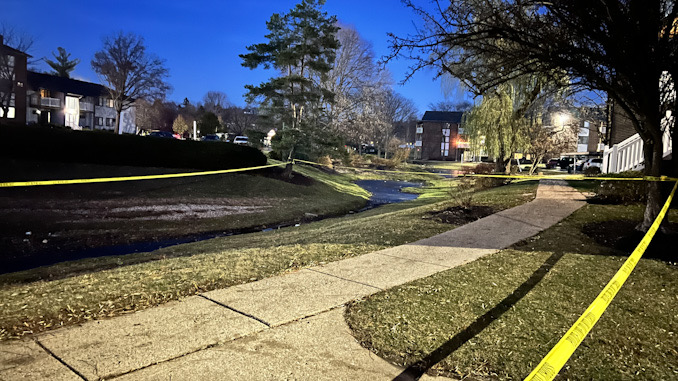 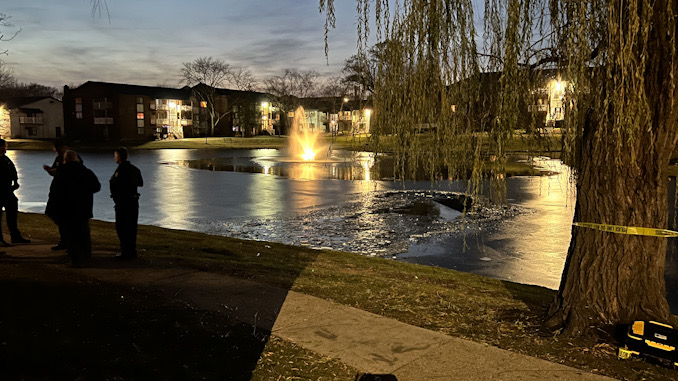 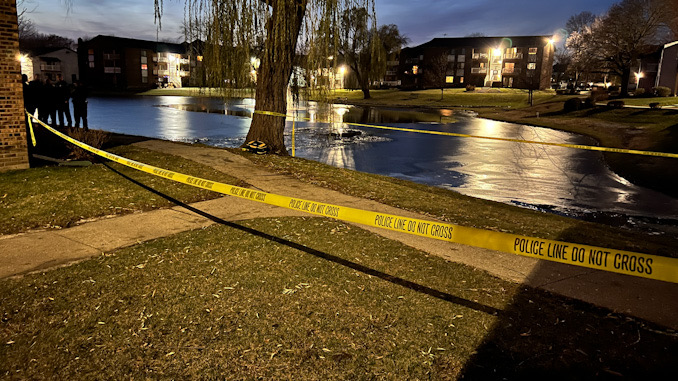 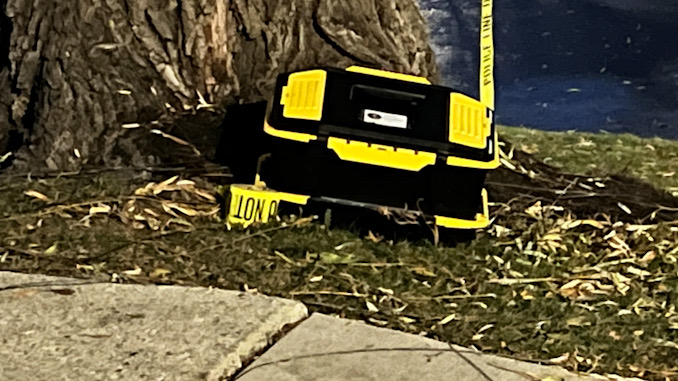 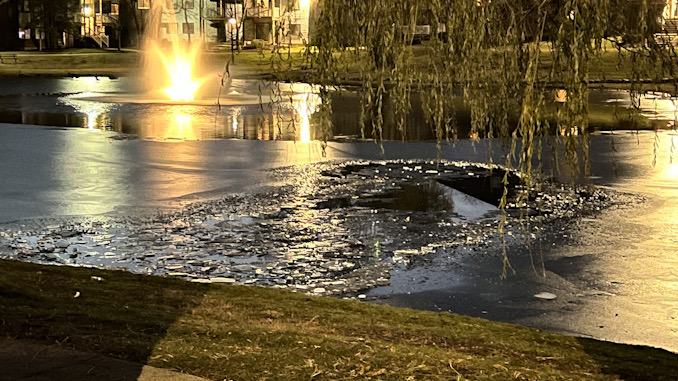