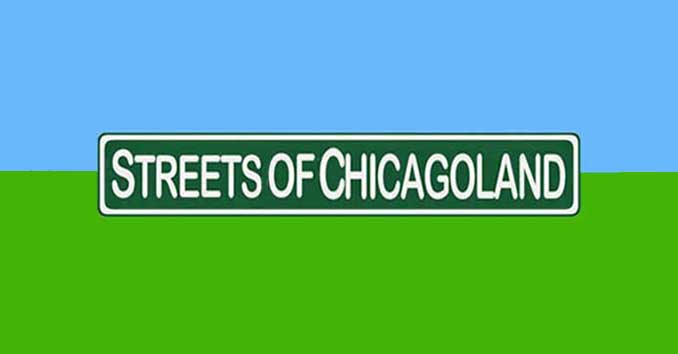 6:45 PM … Hampshire firefighters and paramedics worked at the scene of a crash with multiple injuries involving a semi-trailer truck and a van at Route 72 and Walker Road in Hampshire Township (Kane County).

2:50 PM … Darien-Woodridge firefighters and paramedics worked at the scene of a house fire with a General Alarm in the block of 3300 Drover Lane in Darien.

2:30 PM … Gurnee firefighters and paramedics working at the scene of a crash with multiple injuries at Grand Avenue and Lawson . MABAS EMS Box Alarm activated at 2:38 PM.

2:15 PM … Gurnee firefighters and paramedics working at the scene of a fire at a commercial building in the paint industry in the block of 3938 Porett Drive in Gurnee. Wind E 7 to NE 10 G 18 at Waukegan Regional Airport (MPH). MABAS Box Alarm Change of Quarters at 2:30 PM.

2:00 PM … Evanston and mutual aid firefighters, divers and paramedics worked several hours at the scene of a water rescue then recovery at Clark Street beach in the block of 1800 Sheridan Road. Three people rescued, and a body recovered at about 9:00 p.m. Saturday.

10:00 AM … Mundelein firefighters and paramedics worked at the scene of a house fire in the block of 26200 North Maple Avenue in Mundelein

7:20 AM … Boone District 2 firefighters and paramedics worked at the scene of a crash involving a bicyclist and a truck at Poplar Grove Road and Squaw Prairie Road. Patient treated with CPR and Advanced Life Support.

1:00 AM … Tri-State firefighters and paramedics working at the scene of a large house fire in the block of 100 Kraml Drive in Burr Ridge. MABAS Division 10 Box Alarm activated at 1:05 AM. Fire possibly started as an exterior fire.

One shot and killed and another shot and wounded on South Canal Street Thursday night September 16, 2021

DePaul student, age 19, stabbed during armed robbery about 2:10 a.m. after two offenders followed him out of a tavern in the block of 900 West Webster Avenue in Chicago

Man, age 22, shot by stray bullet while sitting in his house on South Wentworth Avenue near 82nd Street in Chicago just after midnight Saturday

Two people shot and killed in a drive-by shooting about 12:15 a.m. Saturday in the block of 1900 South Saint Louis Avenue in Chicago.

Man shot and killed about 2:40 a.m. Saturday in the block of 3100 West Arthrington Street in the East Garfield Park neighborhood in Chicago.

Man, age 33, shot and killed in a drive-by shooting in the block of 800 North Orleans Street in Chicago

A tow truck driver was shot and killed about 3:50 a.m. while he was working in the block of 0-99 West 57th Street in Chicago

Rideshare driver carjacked by two “customers” about 4:25 p.m. at 81st Street and Blackstone Avenue in Chicago

ALS Walk for Life event at Soldier Field at 11 a.m. with pre-walk festivities beginning at 9:30 p.m.

Chicago In Tune Blues music performances at Millennium Park from 5:30 to 8:30 p.m.

How many people died from COVID-19 in the World?

How many people died from COVID-19 in the United States?