Police and firefighter/paramedics from Schaumburg responded about 4:37 p.m. Sunday October 27, 2019 to a report of smoke showing near a loading dock door near Uncle Julio’s and Cheesecake Factory between Macy’s and JC Penney.

Firefighters on arrival reported smoke showing. They investigated the smoke and found a problem with an electric transformer. There was no active fire and some fire crews were immediately returned. Firefighter hooked up to a hydrant as a precaution, led out one hose and had several fire extinguishers on standby.

No injuries were reported. Schaumburg police and Woodfield Security secured the scene nearby and helped shoppers in the area.

ComEd was called to the scene and a ComEd crew arrived by 5:12 p.m. 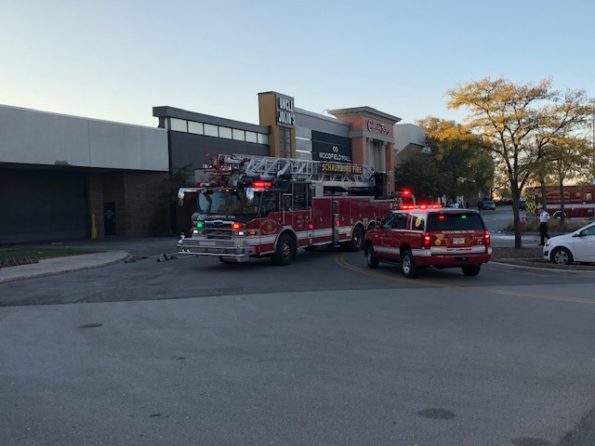 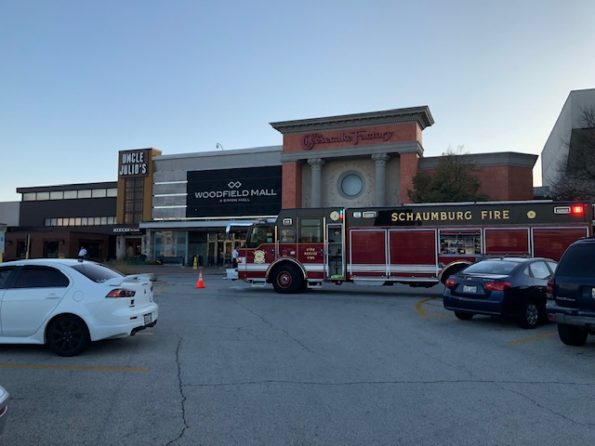