Scene at an apartment fire on Tonne Drive in Arlington Heights immediately after the fire was extinguished.

Police and firefighter/paramedics from Arlington Heights responded about 9:35 a.m. Saturday October 19, 2019 to a report of an apartment fire with black smoke coming from a first floor apartment unit. Police on the scene immediately worked to make sure the building was evacuated and secure the scene for firefighters and residents.

Interior firefighters discovered a kitchen fire and extinguished the fire within about 10 minutes. Firefighters did a primary search for victims, and no victims were in the apartment unit. The fire destroyed kitchen appliances and cabinets, and also destroyed dining room and living room furniture and contents.

Firefighters checked for extension of the fire into the walls of the building and found no extension. Firefighters also went to work quickly to ventilate and clear smoke from the building, apartment unit, and hallways.

There were no injuries reported, and the only people that were displaced were the people that lived in the unit that was on fire. 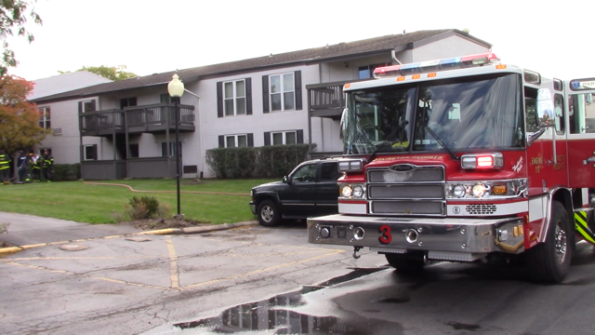