Union Pacific announced Saturday that locomotive 4141 will take the president’s body from the Houston area to College Station — the home of his presidential library on the Texas A&M campus.

The local Texas funeral train transport of the remains George H.W. Bush will occur on Thursday, December 6, 2018 after the funeral at the Washington National Cathedral in Washington D.C. on Wednesday December 5, 2018 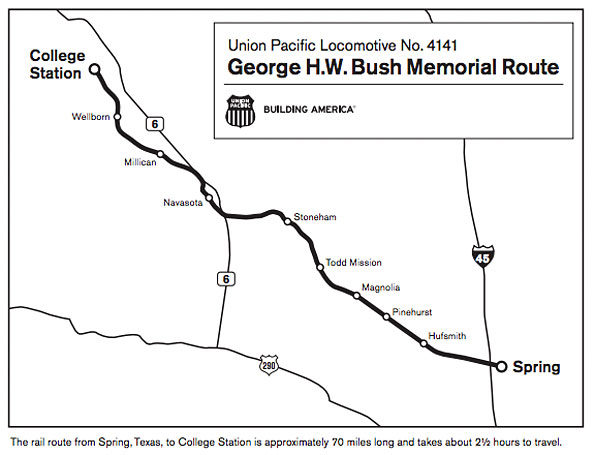 Wednesday at 7:45 p.m. ET – Bush’s remains will lie in repose at St. Martin’s Episcopal Church until Thursday at 7 a.m. with a guard of honor in attendance.