A Florida man, who was charged with attempted murder after he was accused of hitting his ex-girlfriend’s new boyfriend with a tire iron and then cutting off the victim’s penis during an attack just northeast of Algonquin Road and Elmhurst Road in Des Plaines, has had his bail reduced to $1 million. He remains in Cook County jail.

Justin Foster, 28, of Tallahassee, Florida, who faces two counts of aggravated battery in addition to the attempted murder charge, was initially held on a no-bail warrant following his first court appearance September 21, 2018 at the Cook County Circuit Court in Skokie. However, Cook County Judge Anjana Hansen agreed Thursday, October 11, 2018 to grant a motion by Foster’s attorney for bail reduction. The bail was reduced from no-bail to $1 million.

According to the Cook County state’s attorney’s office, suspect Justin Foster boarded a plane in Atlanta on Tuesday March 13, 2018 and flew to O’Hare International Airport. He rented a car and drove to the block of 1100 Holiday Lane in Des Plaines in the Holiday Lane Condominiums complex. Foster is accused of waiting just after midnight until about 1:00 a.m. Wednesday March 14, 2018 for the new boyfriend of his ex-girlfriend to leave the condominium building.

When the 26 year-old man walked outside about 1:00 a.m., Foster allegedly approached him and beat him on his head and body with a tire iron, which knocked him unconscious. He allegedly carved initials into his leg, and cut off his penis, according to prosecutors.

Foster is accused of tossing the victim’s severed penis over a nearby wood fence and dragging the victim to a parkway behind a parked car. Foster fled the scene, returned to O’Hare, purchased a one-way ticket back to Atlanta, and departed on the flight.

A resident in the neighborhood found the victim about 3:15 a.m. lying unconscious and bleeding profusely in the parkway. The neighbor called 9-1-1, police and paramedics were dispatched. Des Plaines firefighter/paramedics began treatment, and rushed him to Level I Trauma Center Advocate Lutheran General Hospital.

The victim was treated for traumatic brain injury (TBI), skull fractures and lacerations. He was laster transferred to Northwestern Memorial Hospital for extended care and rehabilitation. The male victim suffers permanent, severe brain damage and requires round-the-clock care, according to prosecutors.

A laborious police investigation led to locating suspect Justin Foster in Tallahassee, Florida. Foster was a resident in the block of 400 Belmont Road in Tallahassee. The neighborhood consists of small single family homes and small apartment buildings about two blocks east of the Tallahassee Democrat newspaper offices in northeast Tallahassee. Des Plaines police detectives with the assistance of Tallahassee police officers arrested Justin Foster on Saturday August 25, 2018. Foster was extradited to Cook County on Monday August 27, 2018.

Foster is scheduled back in Cook County Circuit Court on Wednesday October 17, 2018. 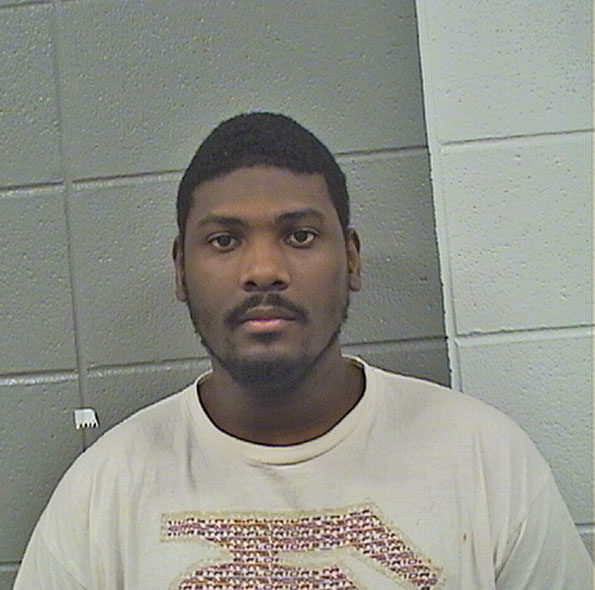