Lake Zurich police and firefighter/paramedics responded about 1:38 AM Sunday September 9, 2018 to a report of smoke coming from the the former Hackney’s restaurant building, 880 North Old Rand Road Lake Zurich, IL. Police were first on the scene and reported flames showing. The first firefighter/paramedics on the scene reported heavy fire showing from the rear of the building.

The fire was declared under control by about 2:50 a.m.

Lake Zurich, IL: Fire crews were called to the old Hackney's Restaurant on Rand Rd early this morning for a large fire:
-Fire was thru the roof
-Elevated to a 2nd Alarm response#LakeZurich #Hackneys pic.twitter.com/K0d2Px1M51

The vacant restaurant building at the northeast corner of Rand Road and Old Rand Road was destroyed by the fire. Hackney’s closed their Lake Zurich location at 880 North Old Rand Road in March 2017. In May 2018, a Lifetime Fitness was approved at the site.

Rand Road was closed in both directions, north of Main Street (Route 22) while firefighters worked at the scene. Some lanes remained closed after sunrise. Old Rand Road was also closed.

DEVELOPING; times marked up above will be confirmed later … 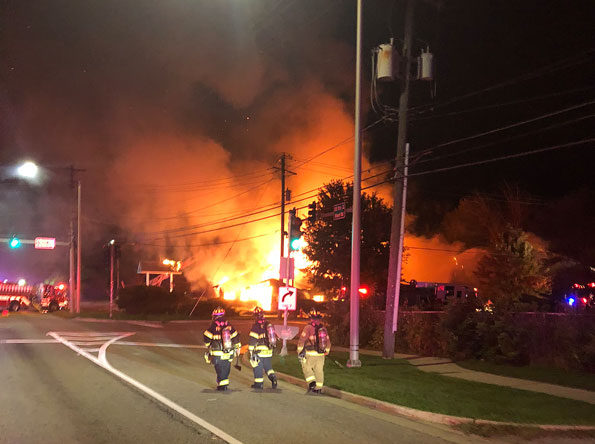