The man who escaped from Elmhurst Police Department on Wednesday during a traffic stop was charged Thursday June 14, 2018 with felony retail theft, felony escape, and possession of drug paraphernalia after a theft at the CVS Pharmacy, 110 West North Avenue, according to Elmhurst police.

Fernando Perez Jr., age 37, of the block of 3900 West North Avenue in Chicago, was handcuffed and placed in custody in an Elmhurst patrol car near North Avenue and Larch Avenue, but he escaped while police officers were checking the stopped vehicle. He was last seen heading east on North Avenue, and residents in Elmhurst report that reverse 9-1-1 was used to alert residents about the search.

Elmhurst police searched the area on foot and with the help of police K-9 units, and announced about 9:30 p.m. that they thought the subject of their search had left the area. Perez was apprehended without incident about 10:15 p.m. Wednesday near North Avenue and York Road — about 0.2 mile east of the traffic stop, and also near the CVS Pharmacy involving the initial alleged retail theft.

Police also reported they had stopped the suspects’ vehicle with three people in the vehicle about 5:30 p.m. Wednesday June 13, 2018. The driver of the vehicle, Rufino V. Hernandez, age 54, of the block of 2400 North McVicker Avenue in Chicago, also was taken into custody on charges of driving with a suspended license and disobeying a traffic control device. The other passenger was not charged or cited, and was released. 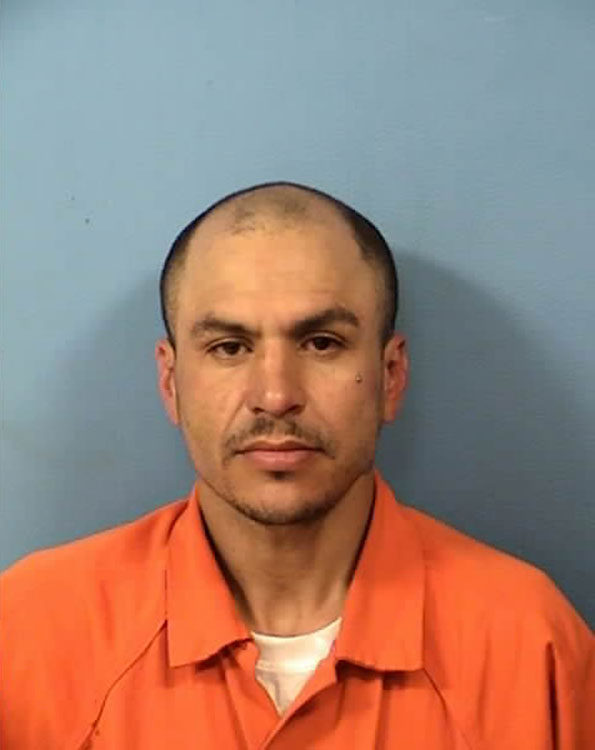