A 5-month-old Hoffman Estates girl is in critical condition, and possibly left disabled, according to a Cook County State’s Attorney and doctors, who also say she suffered a devastating brain injury caused by her babysitter. The injured infant’s babysitter was charged with aggravated battery of a child causing great bodily harm.

According to Cook County Assistant State’s Attorney Caitlin Casey, the babysitter, Delfina Bautista, 30, shook the infant girl victim six to 10 times because the female infant would not stop crying, then failed to call paramedics for the injured infant.

Bautista, who has her own 7-year-old and her own 11-month-old twins, is pregnant. She began babysitting for the infant in January 2018.

About 9 p.m. Friday February 16, 2018, Bautista went to pick up her boyfriend, leaving the infant and her own twin toddlers in the care of her own 7-year-old, according to Cook County Assistant State’s Attorney Caitlin Casey. Bautista said when she returned home, she noticed the infant was having difficulty breathing, according to Casey.

The mother picked up her child about 11 p.m. thinking she was sleeping. Later, a relative of the victim’s mother noticed the female infant was having trouble breathing. The mother and the relative called Bautista to ask if there had been an accident, according to Casey. Bautista told them one of her own twins had fallen on the infant. The injured infant and her mother were then taken to St. Alexius Hospital in Hoffman Estates by Delfina Bautista in a personal vehicle.

The infant was evaluated and treated in the Emergency Department, and a CT scan of the victim’s brain showed subdural hematomas, which one physician said resulted from a “catastrophic event” causing “neurological devastation,” according to Casey. Doctors also noted that a blood test showed elevated liver enzymes that are consistent with oxygen deprivation, according to Casey.

Doctors diagnosed the infant with “nonaccidental brain trauma,” which is commonly known as shaken baby syndrome. The infant girl was admitted to the neonatal ICU at Amita Health St. Alexius Medical Center in Hoffman Estates. As a result of her brain injury, she will “most likely be unable to walk, talk, see or hear” and will require “constant institutional nursing care” for the rest of her life, according to Cook County Assistant State’s Attorney Caitlin Casey.

At Cook County Circuit Court in Rolling Meadows, Bautista was ordered held on $500,000 bail Wednesday February 21, 2018. If convicted, Delfina Bautista faces up to 30 years in prison. 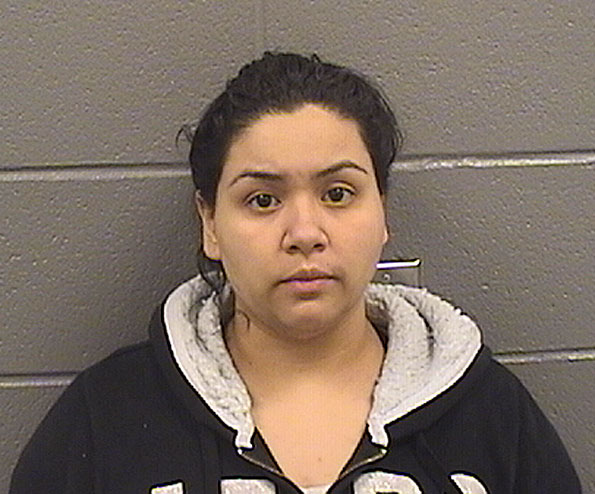