Paul A. Zalewski, a 21-year-old Mount Prospect resident, has been taken into custody, and is accused of shooting Arlington Heights resident Vladimir Esquivel seven times — including once in the head — then setting his Jeep Wrangler on fire with his dead body inside to conceal or destroy homicide evidence. On Thursday, February 22, 2018, Zalewski was ordered held without bail in Cook County Jail.

Paul A. Zalewski, of the block of 99 East Berkshire Lane in Mount Prospect, faces first-degree murder, concealment of a homicidal death, and drug charges in the Thursday, February 15, 2018 homicide of Vladimir Esquivel, age 29.

Mount Prospect firefighters and police officers discovered Esquivel’s partially burned body shortly after midnight Friday February 16, 2018 after a resident of the Cinnamon Cove apartment complex, in the block of 1700 Algonquin Road, called 911 to report a vehicle fire, according to Cook County Assistant State’s Attorney Maria McCarthy. When the main fire was extinguished and smoke was starting to clear, firefighters discovered a body in the Jeep.

Police and prosecutors said investigators were able to connect Zalewski and Esquivel on Thursday night after finding cell phone communications between the two men, and by recovering surveillance video from the victim’s residence and video surveillance at a Mount Prospect auto body shop on a desolate commercial dead end street — Addison Court near Busse Road and I-90. The surveillance video on Addison Court showed that Zalewski allegedly met Esquivel and shot him on Thursday night February 15, 2018 — seven times according to the autopsy report.

An autopsy by the Cook County Medical Examiner’s Office revealed Esquivel suffered one gunshot wound to the head, three to the right arm, two to the abdomen and one to the left hand, McCarthy said. Investigators say Esquivel was dead at the time the Jeep was set on fire.

McCarthy said surveillance video showed Esquivel leaving his Arlington Heights apartment about 9:30 p.m. Thursday February 15, 2018 with a large bag of marijuana. Esquivel’s Jeep was seen a short time later about 10:00 p.m. on Addison Court near the auto body shop where Zalewski’s white Chevrolet Malibu was also was, she said. The white Chevrolet Malibu, which police say was registered to Paul A. Zalewski’s mother, arrived and was parked near the auto body shop. Zalewski then entered the Jeep’s passenger side, according to McCarthy.

Body shop surveillance video allegedly captures Zalewski’s face and body, and witnesses who knew Zalewski from his previous visits to the body shop say he entered and exited the body shop multiple times Thursday night and returned to the Jeep. Also on surveillance video from Addison Court, “what appear to be muzzle flashes can be seen inside the victim’s Jeep,” McCarthy said.

A 9-1-1 call reporting a burning vehicle and possible explosions was received at 12:03 a.m. Friday, February 16, 2018. Minutes later, video surveillance captured a white Malibu exiting the apartments on Chariot Court. Using a walking route, the distance between the two locations is about 0.7 mile via a walking path under ComEd lines, Mansard Lane, and Busse Road — about a 13-minute walk. Driving distance is also estimated about 0.7 mile — about a 2-minute drive.

Esquivel’s body was found by firefighters by 12:13 a.m. immediately after the main vehicle fire was extinguished. No marijuana was recovered from Esquivel’s burnt out Jeep.

Previously (September and November 2017), members of the HIDTA investigative team had purchased 13.99 grams of Ketamine (drug used for anesthesia) and 27.88 grams of MDMA (also known as Ecstasy) from Zalewski outside the Addison Court body shop. On Tuesday, February 20, 2018, the undercover officer arranged to buy marijuana from Zalewski at the body shop, according to McCarthy.

Police also found a homemade shooting range in the basement of a single family home where Zalewski lived on Berkshire Lane near Emerson Street southwest of Lions Park in Mount Prospect. Investigators matched shell casings recovered from Esquivel’s Jeep to those found in Zalewski’s basement, which he used for target practice, according to McCarthy.

Paul Zalewski was booked on Thursday, February 22, 2018, and held without bond. His next scheduled court date is March 15, 2018 at Cook County Circuit Court in Rolling Meadows. 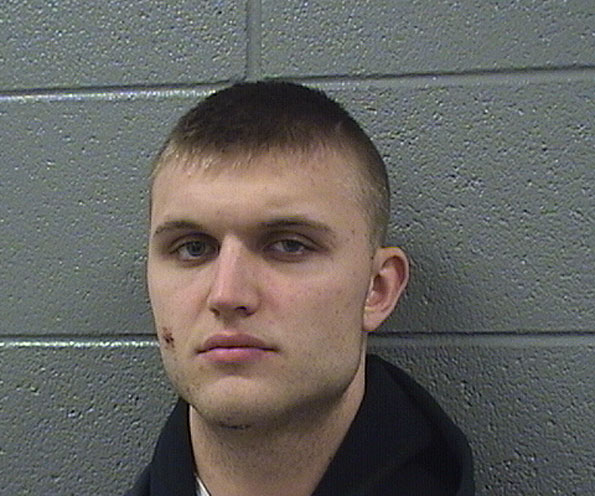 Paul A. Zalewski, homicide suspect who allegedly burned Jeep with dead victim inside.

Walking distance from burnt out Jeep at Cinnamon Cove Condos to apartment complex on Chariot Court. 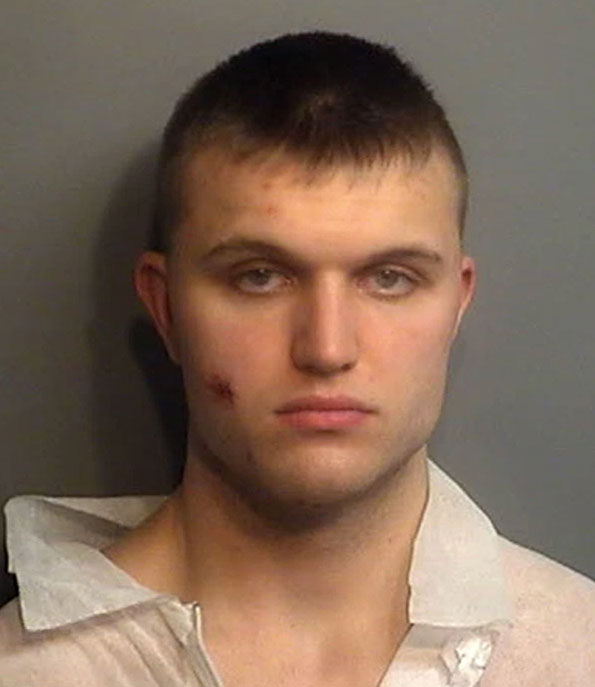