CHRISTIAN LIBERTY IS NOT A TENANT ON DISTRICT 214 PROPERTY

Recently one of our favorite news sources (Daily Herald) appeared to have published an important fact with an error regarding the host of a District 214 MSL Basketball event. Three MSL basketball games were held at Grace Gymnasium at Christian Liberty Academy, 502 West Euclid Avenue. The Elite Eight 1981-82 Arlington High School basketball team was also recognized at the event. The article announcing the event, published by the Daily Herald before the event, incorrectly reported that District 214 owns the property and Christian Liberty Academy is a tenant at the property at 502 West Euclid Avenue.

Currently it’s unknown whether a source misled the Daily Herald reporter, or whether there was some other misunderstanding.

Several Arlington High School graduates were concerned about the statement, and one attorney and inlaw of a former Village of Arlington Heights trustee even mentioned this past weekend that he thought he had heard several years ago that District 214 owned the property — the rumor apparently worthless hearsay.

Christian Liberty Academy owns the former Arlington High School building and the property. In 1985, it was widely reported that the school and property were purchased for $1.51 million. 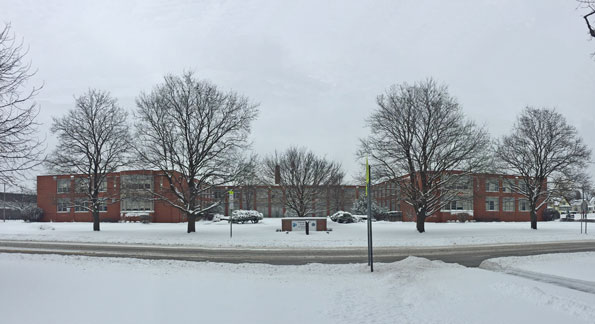