Des Plaines police responded about 1:40 a.m. Sunday to a report of a domestic disturbance and “man with a knife” call to the block of 400 North Fourth Avenue in Des Plaines.

The incident resulted in a man being charged with attempted murder, allegedly trying to kill all of his relatives at the home in Des Plaines, just west of All Saints Cemetery.

Muminur Rahman, 66, of the block of 8900 of Kennedy Drive in unincorporated Des Plaines, was charged Monday, December 4, 2017 with home invasion and two counts of aggravated assault with a deadly weapon.

Rahman is accused of walking into a home in the 400 block of North Fourth Avenue in Des Plaines about 1:40 a.m. Sunday with a large kitchen knife, telling family members he was going to “finish all of you,” according to Cmdr. Christopher Mierzwa.

The family members, who called police for help, were able to subdue Rahman, but they sustained cuts on their hands. None of the injuries to the family members were considered serious.

Family members also told police that Rahman had threatened to kill them several times over the past six weeks. Rahman has a history of domestic violence incidents investigated by the Cook County Sheriff’s Office. Cook County Sheriff’s police has jurisdiction covering the apartment building in the unincorporated area where Rahman lives.

A judge order Rahman to be held in jail without bond. His next scheduled court appearance is Monday, December 11, 2017. 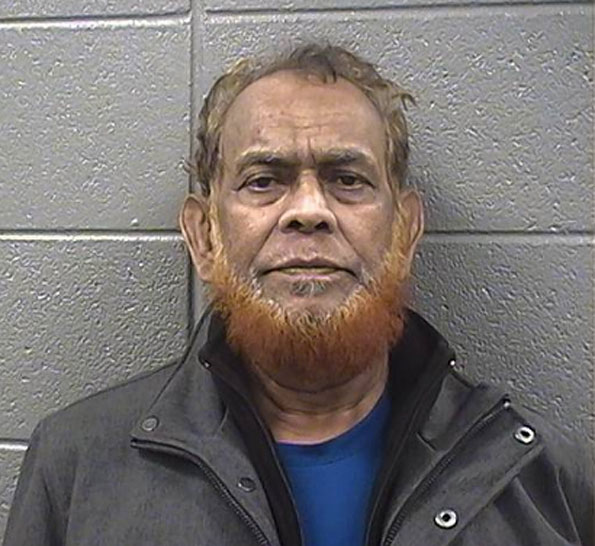