Lake County Sheriff’s Deputies, Antioch firefighter/paramedics and Lake Villa firefighter/paramedics responded about 7:07 PM, Saturday, October 7, 2017 to a residence in the block of 21800 West North Avenue, Antioch Township to a report of a person injured by a firework. When Sheriff’s Deputies arrived, they located a 30 year-old woman, of Woodstock, with a serious hand injury.

Preliminary investigation shows Justin R. Kennedy, 28, of the block of 1200 Blakely Street, Woodstock, brought a firework to a gathering at the above address. The firework was red, white, and blue, and approximately the size of a quarter-stick of dynamite. The victim picked-up the firework, believing it to be a candle. She lit what she believed was a candle and held it in her hand. The firework then exploded causing the serious injury to her hand.

The victim was transported to a local hospital via ambulance for her injuries. A child and another adult sustained minor injuries from the blast; both were treated by paramedics and released at the scene.

Lake County Sheriff’s Detectives responded to the scene and made notification of the incident to the Bureau of Alcohol, Tobacco, Firearms and Explosives (ATF).
Kennedy was subsequently charged with Reckless Conduct (Class 4 Felony) and Endangering the Life/Health of a Child (Class A Misdemeanor). Kennedy remains held at the Lake County Jail and is due in court this morning for a bond hearing. 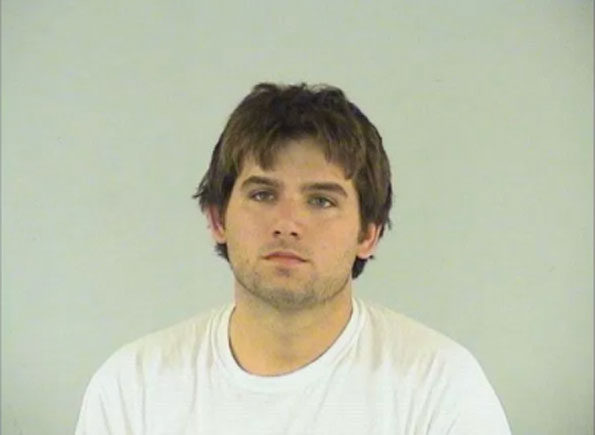