On Monday, Gov. Scott declared a State of Emergency to prepare Florida for a possible hit by Hurricane Irma.

On Monday September 4, 2017 Florida Gov. Rick Scott declared a state of emergency for every county in the state as Hurricane Irma strengthened into a Category 4 storm on its way towards the northeast Caribbean. On Tuesday Hurricane Irma reached Category 5 level.
Irma was designated a tropical storm Wednesday morning August 30, 2017, and by Thursday afternoon, it had strengthened, with winds of 115 mph.

The governor of Puerto Rico, Ricardo Rossello, declared a state of emergency Monday and activated the National Guard after the National Hurricane Center declared a hurricane watch due to the progression of Hurricane Irma.

Puerto Rico Gov. Ricardo Rossello on Sunday also asked the public to be aware of Irma’s possibly trajectory and to prepare for the impact the storm could have about noon Wednesday.

Irma is expected to remain a “dangerous major hurricane” through the week, directly affecting the British and US Virgin Islands, Puerto Rico, Hispaniola, Turks and Caicos, and the Bahamas.

Irma is a classic “Cape Verde hurricane,” a type of hurricane that forms in the far eastern Atlantic, near the Cape Verde Islands (now known as the Cabo Verde Islands), then tracks all the way across the Atlantic. 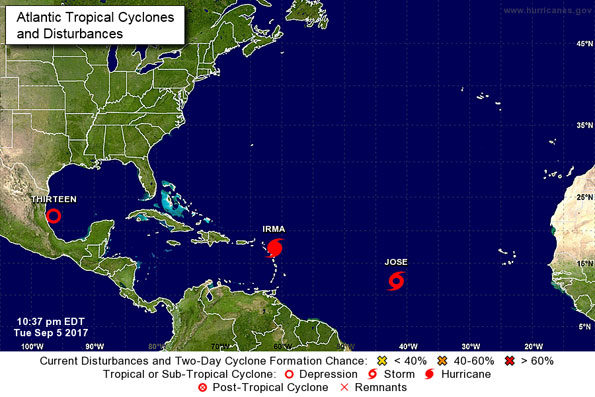 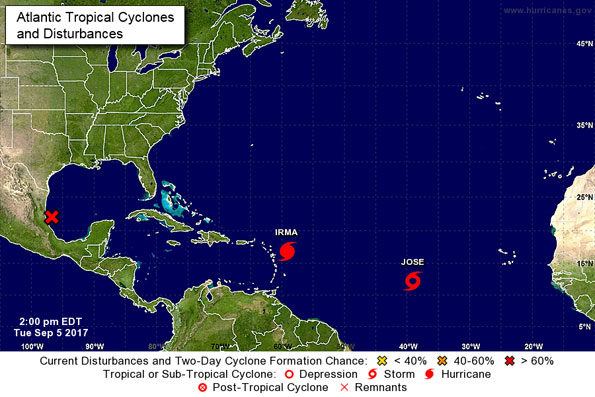