Nico C. Campus, of the block of 10000 Linda Lane in unincorporated Maine Township near Des Plaines, was charged Wednesday with reckless discharge of a firearm and aggravated unlawful use of a weapon after a shots fired incident reported the previous week, according to Niles police.

Nico Campus, age 19, was arrested for allegedly shooting a gun into the air multiple times in a residential neighborhood of Niles.

According to a Niles Police Department press release, shortly before 9:30 p.m. on Sunday August 17, 2017, Nile police responded to the block of 7200 Greenleaf Avenue where a man reported hearing three gunshots in the area.

The man provided police with surveillance video that authorities said showed the male driver of a car discharging a handgun into the air as his passenger exited the vehicle on Greenleaf Avenue near Harlem Avenue. The passenger then walked down the street.

As the car drove west on Greenleaf Avenue, the driver fired two more rounds from his gun, according to Niles police.

Police investigated the passenger and narrowed down a list of his “known associates.” Police detectives identified Campus as a person of interest, according to Niles Police Cmdr. Robert Tornabene.

Police conducted surveillance on Campus’ home, and he was taken into custody, according to police.

Police say Nico Campus was shooting into the air on the night of August 17, 2017 and was not targeting anyone.

At the time of Campus’ arrest, police had not located the handgun that was used, Tornabene said.

Campus, a male/white suspect 5’7″ 150 LBS, did not have a Firearm Owner’s Identification (FOID) card, he added.

During a police investigation, detectives did not find any clues pointing to gang affiliation.

Bond was set at $50,000 for Campus during a bond hearing Thursday at the Skokie courthouse.

Campus is scheduled to appear in court September 19, 2017. 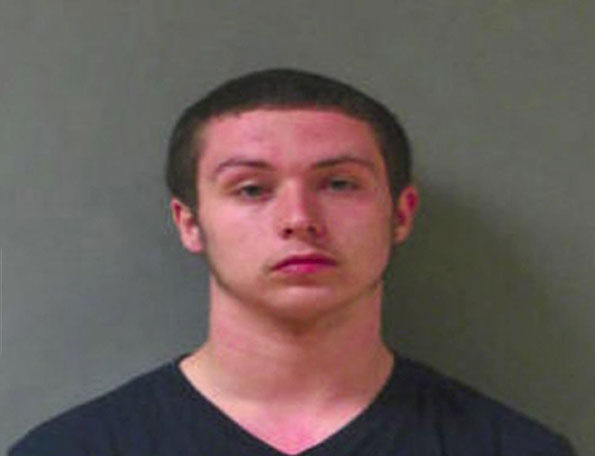