Overnight Hurricane Irma has weakened to a Category 1 hurricane with 75 mph winds as it moved about 14-18 mph north-northwest. Hurricane Irma went from having a weakly organized eyewall as it approached Lakeland in Polk County to having remnants of an eyewall after it passed Lakeland about

Irma is forecast to move near the northwestern coast of Florida Monday morning, then cross the Panhandle and reach southern Georgia Monday afternoon. Irma is expected to weaken to a tropical depression by Tuesday afternoon.

Irma will eventually pass nearby Chicagoland and affect the weather in Chicagoland. According to the National Weather Service Chicago office, Hurricane Irma`s leftovers are potentially getting close enough to our area to bring some rain showers and certainly a marked increase in cloud cover. High cloudiness from Irma will spread in from the southeast Tuesday after 10 PM with shower chances slowly creeping in from the southeast as well by Tuesday night and particularly Wednesday. Irma will be weakening as it approaches and our area is forecast to be on the northwest flank of the system, so rainfall amounts at this point look like they`ll be pretty light and may not amount to anything northwest half of the Chicagoland forecast area.

Irma`s remnants expected to get picked up by the westerlies later Wednesday, exiting our region stage right Wednesday night. In its wake, medium range guidance suggests a transition toward a western trough/eastern ridge pattern late in the week which would result in a warm up to above average temps by next weekend. 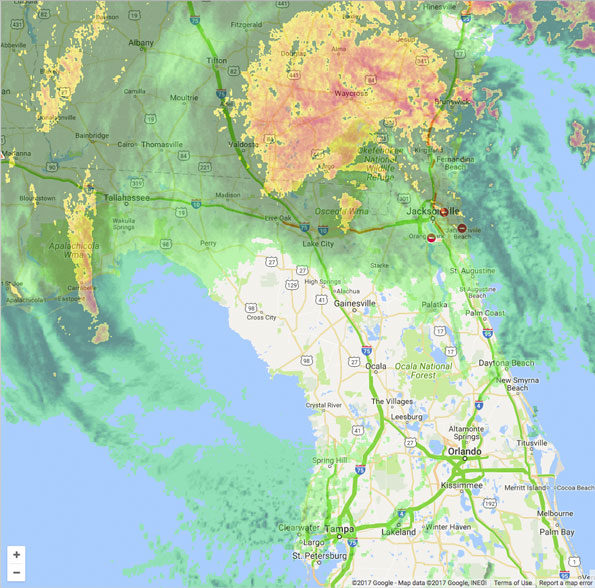