Witnesses in Arlington Heights report hearing a loud explosion, almost like a sonic boom, over Arlington Heights about 5:50 p.m. Sunday September 3, 2017. Other witnesses reported a bang, followed by rumbling.

According to Flightaware.com, British Airways Flight 294 (O’Hare to London Heathrow) plotted over Golf Road and Arlington Heights Road at an altitude of 4,500 feet at 5:48 p.m. after taking off

The aircraft plotted over Arlington Heights Road and Grove Street at 4,700 feet at 5:49 p.m.

About the time of the explosion or bang heard at 5:49 p.m., the aircraft was over Arlington Heights Road and Hintz Road at an altitude of about 5,600 feet.

The pilot on British Airways reported they lost an engine and were experiencing vibrations.

The aircraft continued to ascend until about 7:19 p.m. after it was circling over Lake Michigan and possibly dumping fuel. 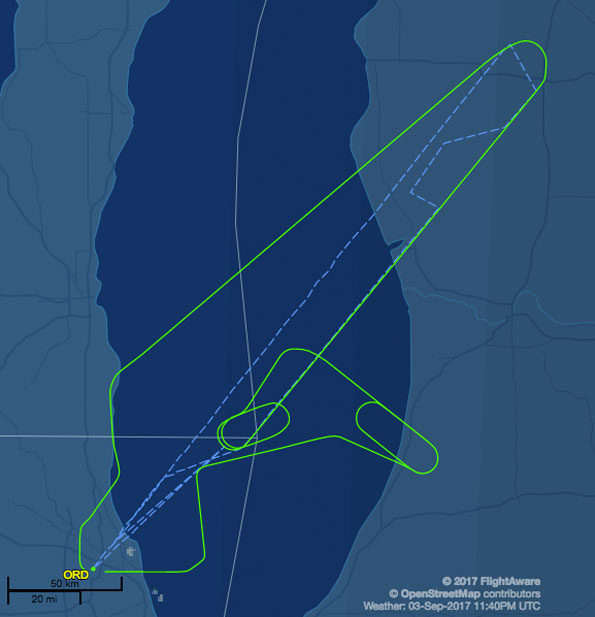 According to a FlightRadar24.com history map, British Airways Flight 294 apparently took off from Runway 28R and returned to O’Hare, landing on Runway 28C.

Bang and a rumbling noise mixed in with jet noise

Saw the plane angling down then level off

Saw flames coming from the engine

Saw a lot of smoke coming from the plane

Clearly on fire, spitting flames out of the front of the engine

Flame extinguished before lost site of plane in distance 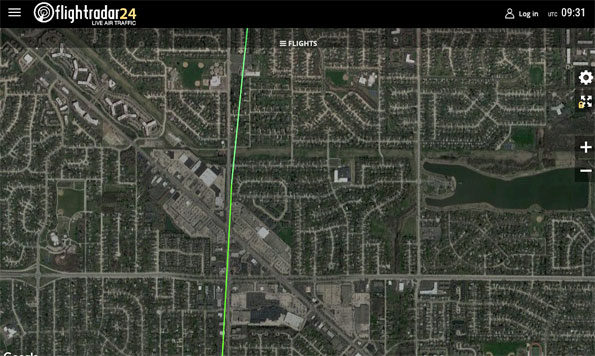