Crowds gathered in Salem, Oregon to watch as a total solar eclipse made landfall on the United States. (Aug. 21)

Crowds at Carhenge in Nebraska eager to view solar eclipse.

A total solar eclipse will sweep across the US, from Oregon to South Carolina
It’s the first such eclipse to go from the west to east coasts of the US in 100 years. Experts warn never to look directly at the Sun with the naked eye. 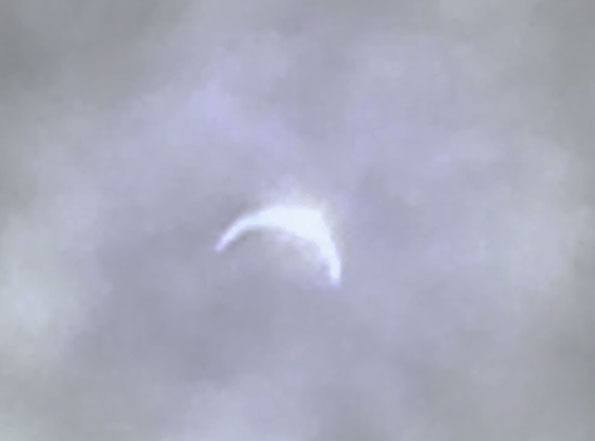 Solar Eclipse 2017: Crescent Sun in Arlington Heights appears for a short time during a break in thick cloud cover about six minutes after the maximum solar eclipse of 87.71% at 1:22 p.m. on August 21, 2017.

In what promises to be the most observed and photographed eclipse in history, the start of a total solar eclipse was first seen from Madras, Oregon.