A suspicious incident was reported on Kensington Road near Mount Prospect Manor and near Forest Avenue, just east of Prospect High School that occurred on Monday August 28, 2017 as a tip to Arlingtoncardinal.com.

A motorist reported that they were driving westbound on Kensington Road between Prospect Manor Avenue and Forest Avenue with a passenger in the front passenger seat about 3:30 p.m. Monday August 28, 2017.

Three male/Hispanic teens walked briskly across the lawn and parkway on the north side of Kensington Road at a 45 degree angle toward the westbound curb of Kensington Road, and on a collision course with the westbound vehicle. A subject in a white T-shirt and a black T-shirt were speaking directly at the motorist. The male in the black T-shirt may have said “poderes” or “poder” which translated in English means “power” or “dominate or influence others” … The motorist described the speech and approach as menacing.

The motorist said they were concerned about stopping if the three had walked directly into the roadway, and instead only slowed down slightly — fearing a setup for a carjacking. The motorist also said they absolutely had no previous contact with the three subjects.

The motorist and passenger did not report the incident to the police. Prospect High School is located at 801 West Kensington Road in Mount Prospect. 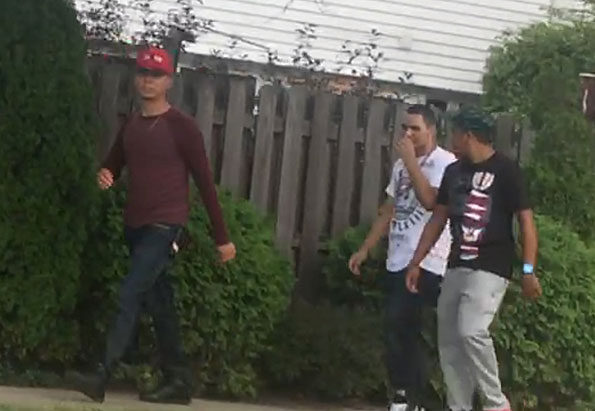