Schaumburg police are seeking help from the public for the investigation of a shooting homicide at the Walgreens drugstore on Roselle Road just north of Wise Road Monday evening.

Schaumburg police are seeking help from anyone who was near the Walgreens, 1180 South Roselle Road, at the time of a parking lot shooting Monday at about 5:15 p.m.-5:19 p.m. The victim died about seven hours later at 2:41 a.m. Tuesday. Police are especially interested in people who were at or near the store between 4:30 p.m. and 5:30 p.m., and ask that those people call Schaumburg Police Department at 847-348-7055.

The victim was identified Tuesday as Quentin D. Tillison, 37, of Schaumburg, who had recently moved to the village from Maywood.

Police are looking for one, possibly two suspects, according to Sgt. Christy Lindhurst. Schaumburg police detectives are also interviewing family, friends and witnesses. 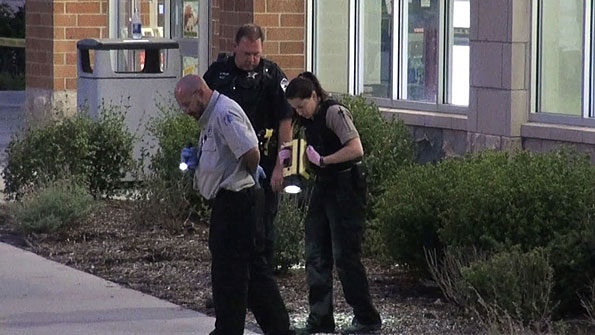 Early reports were that Tillison was shot in the chest, but at least one witness on the scene reported he was shot lower than the chest — in the abdomen. Tillison, who was shot once in the abdomen, was pronounced dead at Advocate Lutheran General Hospital in Park Ridge shortly 2:41 a.m. Tuesday. The Cook County medical examiner’s office has classified the death as a homicide.

Tillison was shot in the parking lot about 5:15 p.m. Monday, ran into traffic and collapsed — specifically in the right lane of southbound Roselle Road, just north of Wise Road. From the preliminary investigation, it appears Tillison and the shooter knew each other and had been in a dispute, Lindhurst said. The shooter left the scene in a light-colored SUV. The license plate number is unknown.

#2) a female/black with long black hair with red tips, walking in the area. 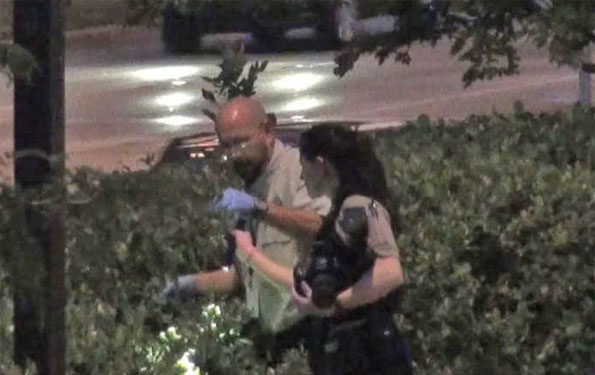 MOBILE DATA ALERT: A 32-minute video shows evidence search and collection following at fatal shooting at a Walgreens parking lot at the northwest corner of Roselle Rd and Wise Rd in Schaumburg.