The combined value is estimated over $5,000.

The cost to repair the damage to the doors was unknown at the time of the police report.

The offenders images were captured on security cameras and are described as medium build wearing all black clothing, black hoodies, black masks covering their faces, and black shoes.

At times the offenders were running back and forth outside and inside the store. 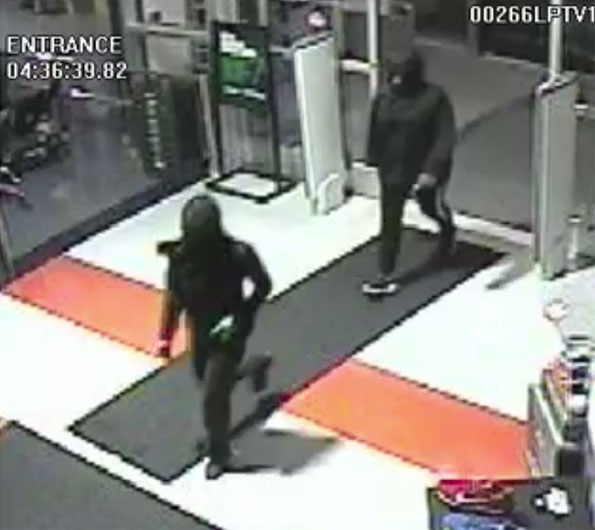