On Thursday, April 20, 2017, the Mount Prospect Police Department arrested and charged Scott Myslinski, 46 years old, of 1413 E. Lowden Lane, Mount Prospect, with one felony count of Leaving the Scene of a Personal Injury Accident and one petty offense count of Failure to Yield to a Pedestrian (in the Crosswalk at a Stop Sign Intersection). These charges stemmed from a traffic accident that occurred on April 17, 2017, where Myslinski was operating a vehicle that struck a 17-year-old female pedestrian.

On April 17, 2017 at 11:36 AM, the Mount Prospect Police Department responded to the intersection of Lowden Lane and Wolf Road for a report of a pedestrian that had been struck by a vehicle, with the driver of the vehicle fleeing the scene. Upon arrival, officers located the 17 year-old female who had been struck by a vehicle and sustained non-life threatening injuries as a result of the accident. The preliminary investigation revealed the 17 year-old pedestrian entered northbound into the crosswalk of Lowden Lane after observing a blue sedan come to a stop, waiting to turn onto Wolf Road. While the pedestrian was crossing the roadway, in the middle of the crosswalk, the blue sedan proceeded forward (eastbound) and struck the pedestrian. The sedan stopped briefly and then continued forward, turning right (southbound) onto Wolf Road, fleeing the scene. The 17 year-old pedestrian was able to provide a description of the vehicle and later provided the license plate of the vehicle that had struck her.

On April 20, 2017, Investigators observed the blue sedan, described by the victim, leaving a residence in the 1400 block of Lowden Lane and the Investigators subsequently conducted a traffic stop on the vehicle. The driver, later identified as Scott Myslinski, voluntarily came to the police station and spoke with the Investigators about the incident. After interviewing Myslinski, he was charged with leaving the scene of a personal injury accident and failure to yield to a pedestrian in the crosswalk at a stop sign intersection. Evidence of the accident was also discovered on Myslinski’s vehicle. 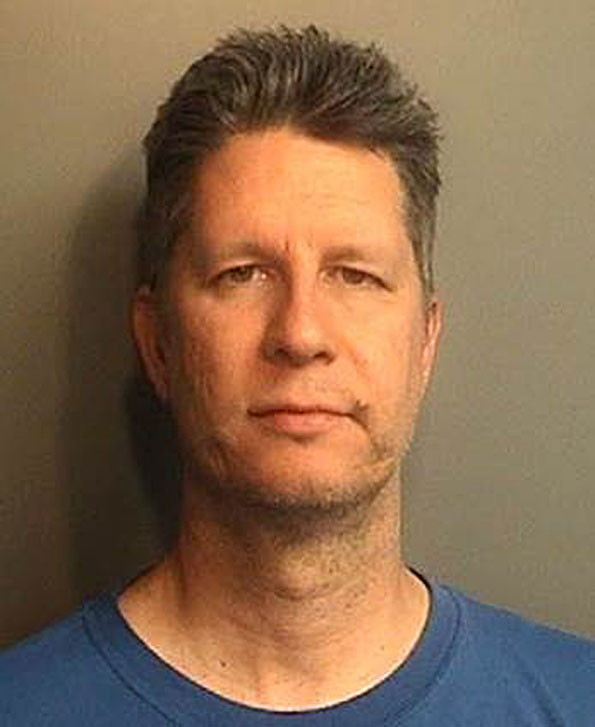