Palatine police arrested gang member Giovanny Unzueta, 17, accused of shooting a 19-year-old man in the parking lot of Walmart in a case of mistaken identity in Palatine last Tuesday, February 7, 2017 about 7:30 pm.

Police say Palatine resident Giovanny Unzueta, of the 1200 block of East Inverrary Lane, has been charged with attempted first-degree murder and aggravated battery with a firearm after the shooting reported about 7:30 p.m. Feb. 7 outside the store at 1555 N. Rand Road.

Video surveillance and witness interviews led to the arrest of Unzueta, police said. Unzueta will be in court for a bond hearing this Wednesday afternoon.

VIDEO: Shooting investigation at south entrance and parking lot after one person was shot at the Palatine Walmart on Rand Road near Dundee Road [VIEWER DISCRETION].

Palatine police described the shooting as a case of mistaken identity. Unzueta, who is considered a gang member by police, is accused of shooting the 19-year-old Chicago man in the face, police said. The victim was apparently leaving the Walmart with another person after shopping. The victim is not affiliated with a gang, police said.

Palatine firefighters transported the 19-year-old man to Level I Trauma Center Lutheran General Hospital in Park Ridge. Last week was in critical condition after surgery for the gunshot wound to the face, but is out of the hospital this week.

Palatine police continue to investigate the shooting and urge anyone with information to call Palatine Police Department at 847-359-9000 or Palatine-Inverness Crime Stoppers at 847-590-7867. 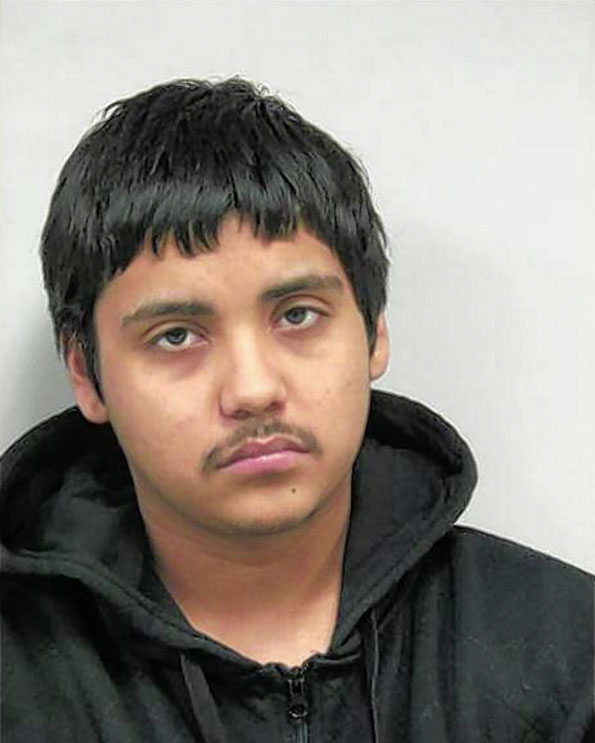