The Exchange Club of Naperville, which hosts the Fourth of July holiday Ribfest festival, announced Friday that country singer Toby Keith will perform on the Ribfest main stage on June 30, 2017..

However, some Naperville residents are expressing the blues with their disapproval with the Ribfest leader’s choice for the opening night performer because of his performance at President Donald Trump’s pre-Inauguration concert.

Some commenters have threatened to boycott the event, but most comments on the Facebook page Positively Naperville are, well, positive, for the Red, White, and Blue.

The negative comments include …

“Keith doesn’t represent what our town stands for.”

“His venomous hate has no place in Naperville.”

“This is disappointing. Not representative of what I think of my town.”

“Will NOT be attending any of the Rib fest events. My money won’t support this!”

“What a polarizing and overtly political choice. While I respect the important fundraising this event provides to charity, I’ll be choosing to spend my time and money elsewhere this, and subsequent years, and funneling my charity contributions in a different way. Please make better choices next year.”

“I was looking forward to Ribfest. Poor choice, my family will not attend this year.”

The Exchange Club of Naperville said Ribfest talent is negotiated and selected months in advance of the event. At no time are artists booked based on their political beliefs or actions.

Ribfest, as it has for the past 29 years, will donate net proceeds to agencies working tirelessly to end child abuse and domestic violence in DuPage, Will, Cook and Kane Counties.

Toby Keith tickets go on sale beginning at 10AM Friday, February 10, through the date of the concert on June 30, 2017. For details go to ribfest.net.

Toby Keith – Made In America. 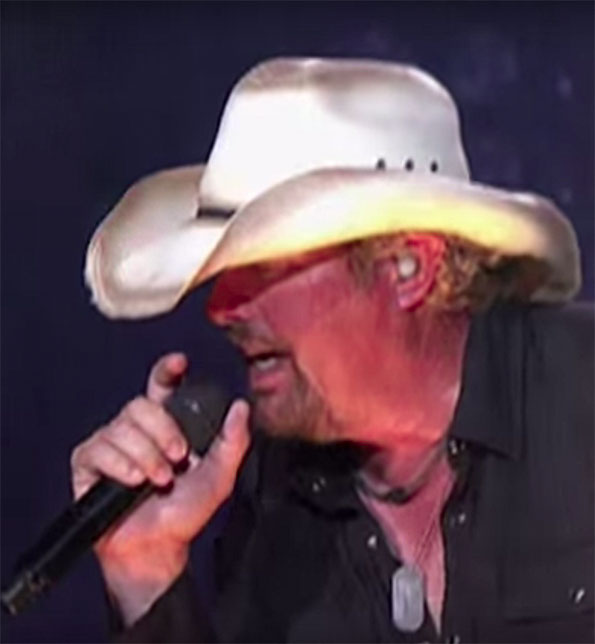