Lincolnshire Police Department is investigating a Stevenson High School girl who is accused of planning and carrying out a premeditated attack on a younger student, and having a classmate video record the attack and post the video to Facebook.

Police said they arrested the first girl on Tuesday and said that the girl will be prosecuted as a juvenile. Her case is being prosecuted at the Depke Juvenile Justice Complex on North Milwaukee Avenue in Vernon Hills. It is unknown if she remains in custody Tuesday night.

The video, recorded from inside the bus, shows the victim talking to a boy on a sidewalk near the bus. While the victim and the boy are talking, the suspect is heard on video saying, “There’s the little love dove talking to her little boyfriend before she got beat up.” The victim enters the bus, and walks down the aisle toward the rear of the bus when the suspect, who was waiting in the last row, says “What’s up my bitch” and throws a bottle at the victim. Liquid hits the victim, and the seat, ceiling and floor of the bus. The suspect then punches and kicks the girl while the rest of the students on the bus and the bus driver witness the attack. The school bus driver walks toward the rear of the bus. The victim was punched in excess of 20 times at a rate of about one punch per second or faster in three attacks. The school bus driver tells the suspect “that’s enough” and later says that security has been notified. There were less than 10 students on the bus. About 40 seconds elapse from the initial attack when a boy sitting behind the victim gets out of his seat and pulls the suspect off and restrains her while telling her to calm down. The Good Samaritan student does not get aggressive and successfully stops further attack in the video recorded. It does not appear that police were called for a “fight in progress” call, and the bus driver did not appear to immediately ask the victim if she was injured.

The victim stayed home from school on Tuesday. Stevenson school administration officials notified both the girl who has been charged with the crime and the girl suspected of making the video that they were not allowed at school on Tuesday.

The victim suffered “minor injuries” and stayed on the school’s campus for about an hour after she was attacked. Her family requested an ambulance, paramedic were called, and the victim was transported to Advocate Condell Medical Center in Libertyville. She was later released from the hospital.

An email to Stevenson parents wrote that “the students who planned and recorded the attack will receive significant disciplinary consequences from the school.” 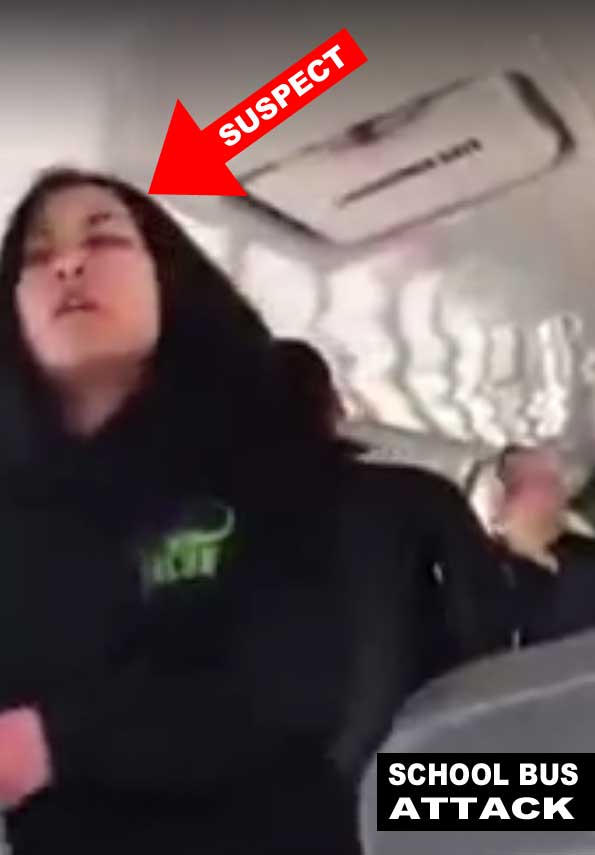 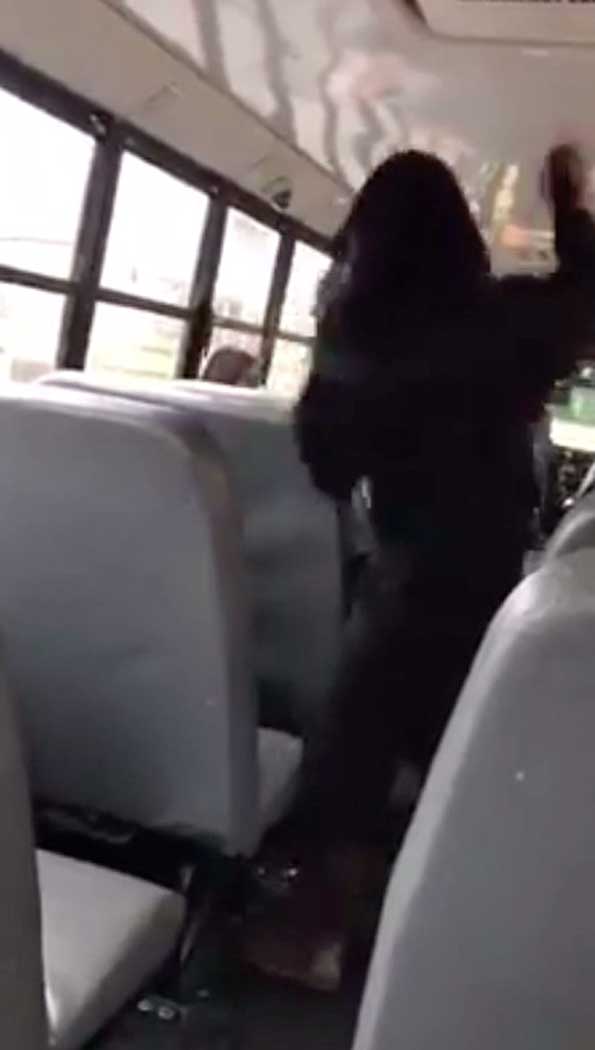 Raised arm of suspect that was repeatedly striking a younger student on the head on a school bus at Stevenson High School, Lincolnshire.