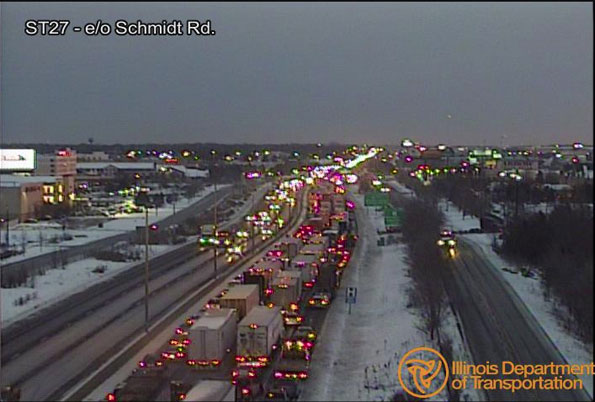 All lanes were blocked on inbound I-55 near Route 53, and Illinois State Police had vehicles back down the wrong way on a ramp near Weber. Many vehicles were stranded for hours as motorists waited to be reversed out of their lanes.

A second crash was also located inbound before Route 126.

Icing on bridges was reported, but no major incidents were reported in the northwest suburbs as of 8:00 AM.